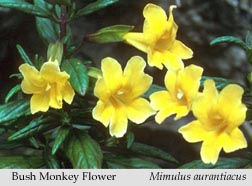 Look at urban backyards—I use the term “backyard” because most of them don’t deserve to be called gardens. The usual sight in the Bay Area is a hodgepodge of plants bearing no relation to one another, either visually, ecologically, or by any criterion you choose. Do the owners not care? I think that, like me, they often do care but feel helpless. There is reason for our ineptness. Backyards consisting of twenty-five by fifty feet of unvaried topography that is typical of San Francisco and suburbs hardly inspires the latent artist in us. It is more than lack of inspiration—such a plot defies design. If you look down on the garden from higher ground you see all the neighboring rectangles, each with a different aggregation of unrelated plants, each with a different design conception, if there is one at all. Such a situation would defeat even a Japanese master skilled in illusion of scale. That scale business is a hard one, impossible in most of our gardens. Still, we can learn to have a more pleasing garden by observing nature and emulating some of her devices, particularly form, color, and texture.

I do not know how to design; my attempts don’t even have the charm of an amateur, they are just misbegotten and clumsy. Yet I appreciate good design and hunger for it, and I suspect I have company. If we are to take nature as exemplar, we need to look at areas with integrity, not the usual trashed landscapes to which we have become inured. Ever notice how everything fits together, relates to each other, harmonizes, is proportional and in scale—how the landscape “reads”? When I think of nearly-intact landscapes in the California lowlands, I think first of Montara Mountain. Yes, Montara Mountain, right here in the midst of one of the largest agglomerations of people in the world. Except for trails and roads – open wounds or breaches of nature’s defense system, exposed to infection by weed pathogens – the mountain represents one of the few areas in lower-elevation California deserving the term pristine.

In June when the rains are past, hike from San Pedro Valley County Park up through the chaparral on the Montara, Brooks Falls, or Hazelnut trails. You will be diverted from the scenic grandeur by the profusion of apricot-colored bush monkey flowers, dead-white pearly everlastings emerging from fine-bladed melic grass, lavender coyote mints, white angelicas, creamy flat-topped umbels of blue elderberry against dulled blue-green leaves, pink honeysuckles and white-tinged-pink morning glories cascading down in fruitful abundance from taller shrubs, deciduating cinnamon bark of scattered madrones bearing handsome rhododendron-like leaves, chinquapins—demonstrating the justice of their scientific name, Chrysolepis chrysophylla (golden-scaled golden leaf)—suffusing the leaf-littered forest floor with a warm golden glow. Sound colorful? Yes, but restraint is the word here; nature paints with a disciplined palette. The hues are soft, gentle, with an abundance of light pinks, coppers and bronzes, whites, sage greens, and gray-blues. The Japanese term shibui may not be totally appropriate here—my concept of the term is understatement to the subtlest degree—but it is in that direction. Surely we can get a few ideas from such a scene?