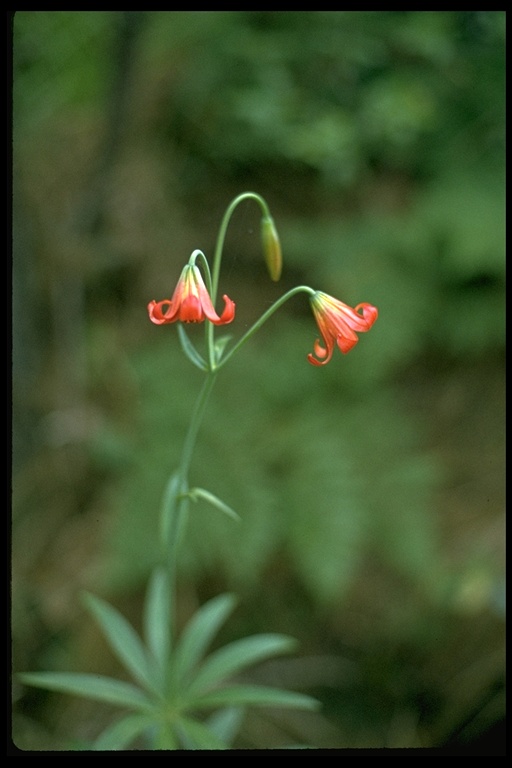 Extinction is the loss of a species from throughout its range. Extirpation, also referred to as local extinction, is the loss of a species from a portion of its range. If extinction is forever, extirpation can be thought of as a nail in a species’ coffin. It can be the first nail, the last nail, or somewhere in between. While the loss of a plant or animal species from within some arbitrarily defined geopolitical boundary may not mean much in biological terms, it must certainly serve as an alarm to those tracking such things. But if a given locality represents a geographic extreme or discontinuity in a species’ distribution, its extirpation there may indeed represent a significant biological loss. These so-called peripheral populations may actually increase a species’ chances of surviving gross- or fine-scale climatic changes by possessing greater genetic variability (Leppig and White, 2006). In case you’ve been living in a cave, climate change is kind of a hot topic these days.

Some 99 percent of all species that ever evolved on Earth have gone extinct, primarily due to natural causes. Shifting continents, geologic uplifting and subsidence, volcanism, glaciation, rising and falling ocean levels, inundation, desiccation, and the occasional meteor slamming into the planet were the primary forces driving extinction before we appeared on the scene. At the same time, gradual shifts in local climatic conditions certainly contributed to extirpation of some populations and its corollary, the expansion of others. California is the perfect example of such forces, with its resultant flora exhibiting characteristics of three separate geo-floras, the Madro-Tertiary, the Arcto-Tertiary and the Neotropical-Tertiary, leaving behind remnants from the east, north, and south, respectively. The alternating invasion and retreat of the components of these geofloras, combined with California’s terrifically varied geology and topography are exactly why our state supports such an incredible diversity of plant life. By last count, California is host to some 7,600 species, subspecies and varieties of plants (Baldwin, et al. 2012).

While the natural forces affecting plant and animal populations are profound, it”s the unnatural forces that should concern us, especially those over which we have some influence. As we’ve shaped the planet in our own image, we’ve had a tremendous effect on the global and local occurrence of species. It is with these thoughts in mind that I started to investigate just what has been lost in San Francisco, floristically speaking. Having completed the Annotated Checklist of the Vascular Plants of San Francisco’s Natural Areas (Wood, 2014a), which lists the extant plants in the County, I wanted to make a stab at summarizing the native plants that have not been reported here in the last 20 years or so. I’m certainly not the first to undertake such an endeavor. Biologists working with the National Park Service, The Presidio Trust, and the Golden Gate National Parks Conservancy have long been documenting the biological resources of The Presidio (Frey and Stevenson, 2010; Stevenson and Frey, 2010). And with an eye toward reintroducing long-lost native plants, they produced an excellent guide to the extirpated plants of The Presidio (Pimentel, 2011).

I started this project by reviewing and annotating our most recent flora of San Francisco prepared by Howell, et al. in 1958. My focus was on the species that are presumably indigenous to the northern San Francisco Peninsula based on a review of historic collections in the Consortium of California Herbaria (CCH). But I first needed to cross-reference each name listed with the revised nomenclature in the Jepson Online Interchange. Then I compared the list to the checklist of extant plants. Each presumed indigenous taxon that has not been reported in the County in recent years became a candidate for inclusion on The Extirpated Plants of San Francisco (Wood, 2014b).

My motivation for starting this effort was two-fold. For the reasons described above, I feel it is important to quantify what we’ve lost in the hopes of inspiring decision-makers to take seriously the continued degradation of our natural areas. The other reason is quite simple and practical. Just because a species hasn’t been seen recently doesn’t necessarily mean that it has been lost. Some of the more obscure species or those that are difficult to identify may just have been overlooked. So a list of extirpated species can serve as a target list for future searches. And to help focus future searches, I included some of the actual language from Howell, et al. (1958) describing where these species were last recorded.

All told, I was able to document 204 native plant species recorded historically from San Francisco County but which have not been seen in many years. In some cases, taxa have not been seen since the mid-1800s; other taxa have vanished more recently. Seven extirpated taxa are on the federal or state endangered species lists. Fifteen are on the CNPS List 1B and another ten are on Lists 2, 3, or 4. A total of 18 species that had been extirpated have been reintroduced to suitable natural habitats in the City.

As tallied in the checklist, a total of 469 extant plant taxa are presumed to be indigenous to San Francisco. If the original native flora consisted of 673 taxa, the loss of 204 taxa represents a 30 percent reduction in native plant species diversity since the first attempts at documenting the local flora began. That’s a pretty substantial loss.

After releasing a draft version of the list, Randy Zebell of the Natural Areas Program informed me that two of the species listed as extirpated had been recently relocated and, although the populations are highly threatened by invasive species, they were hanging on. This is exactly the type of attention I was hoping to draw to our dwindling native plant resources. Used in concert, the lists of extirpated and extant species should increase awareness of the rarity of many of our plant species and inspire a new focus on them, both for finding them and, once found, preserving the ecological systems in which they evolved. I look forward to hearing of many new discoveries.

Consortium of California Herbaria (CCH).Lists and maps of collections and potential distribution for San Francisco taxa. Available online at ucjeps.berkeley.edu/consortium/.