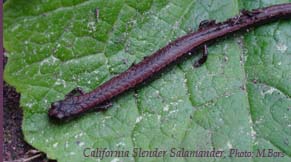 Scientists have launched a systematic study of the last great unexplored territory of the globe: the few centimeters of soil beneath our feet. With a $26,000,000 grant, researchers in seven countries have begun a five-year discovery of the tiny, unknown plants and animals that make the rest of the world work.

Forests, savannahs, and farmland are all supported by a huge and largely unknown suite of creatures living in the first meter of soil below the surface. They have yielded some of the world’s most important antibiotics, and have saved farmers billions of dollars in fertilizers and pesticides. They could launch a new agricultural revolution and yield untold riches for the industries of the future, yet they are the least studied organisms on the planet.

“When people think of where new species might be found, they tend to think of rainforests, mangrove swamps, or places like mountain peaks – not millimeters below their toes,” says Klaus Toepfer, the director of the UN environment program.

The nations in the UN-backed program are Ivory Coast, Uganda, Kenya, Indonesia, India, Brazil, and Mexico. Research will begin in the tropics, because these regions are the least studied.

Jo Anderson, of Exeter University and chairman of the program’s advisory group, says: “We have this image of this incredibly fragile and critically important skin across the Earth which is maintaining just about everything we are familiar with. It is vital to life as we know it. But we are simply unaware of the diversity of organisms supporting that.”

There is probably greater biological diversity in a handful of soil from a garden in Devon than there are plants and animals in the tropical rainforest. A piece of soil the size of a sugar lump might hold five meters of fungal filaments of the kind usually visible on moldy bread.

“We are dealing with incredible numbers,” he says. Researchers have identified 15,000 nematode worms; there could be 100,000 species. There are probably twice as many earthworms as the 3,600 so far studied.

Streptomycin and penicillin are both made by soil-dwelling bacteria. Chemical industries and pharmaceutical giants have launched massive programs to screen soil organisms for unusual and useful properties. But the biggest rewards may lie in managing soil organisms to save on pesticides and fertilizer use. Releases of native earthworms in tea plantations in India boosted productivity almost threefold and raised profits by $5,500 a hectare each year.

The right strains of nitrogen-fixing bacteria sprinkled on soybean plantations in Brazil had replaced artificial fertilizers and were now saving the national economy a billion dollars a year.

Researchers will also work with farmers and indigenous peoples in each country to make the best of local knowledge. They will also look at ants and termites. These play a huge role in enriching tropical soils. Termites also provide health supplements as they spread new soil from deep underground over fresh leaf litter and animal dung.

“That is immensely fertile,” Professor Anderson says. “In some areas of Africa, the women when they are pregnant have a tradition of eating this termite soil. Analysis shows it is very rich in available iron and zinc. It is like a vitamin tablet.”