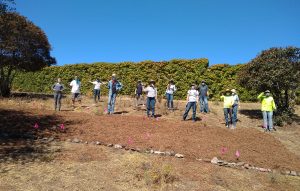 The community in the northwest corner of Potrero Hill was seriously disrupted in the 1950s by the controversial construction of the James Lick freeway (Highway 101) which cutting diagonally through the neighborhood demolishing hundreds of American Edwardian era homes in its path. Like many urban transit areas the Caltrans right-of-way parcels that resulted subsequently became perennially blighted with weeds and trash. Some impacted neighborhoods have been coming up with creative ways to deal with the situation. Following the successful transformation of both sides of the Fallen Bridge pedestrian crossover at 18th. Street, a Potrero Gateway Steering Committee was formed to improve the area around 101 and under the freeway, between San Bruno, Vermont and 17th streets. At the urging of a few neighborhood activists (including the indefatigable Jean Bogiages), this neighborhood voted to be part of a community beautification district which was chartered by the SF Board of Supervisors in August 2015: Dogpatch/NW Potrero Hill Green Benefit District.

Fast forward to 2020: Landscape Architects Alexandra Harker and Nicki Copley of Field Collective contacted CNPS Yerba Buena interested in volunteering for a native plant project in SF. We connected them with GBD members and the good folks at the Potrero Gateway Committee and an idea for a San Francisco native demonstration garden was formed.

Alex and Nicki in collaboration with GBD board member and Landscape Architect Terri McFarland went at his project with professionalism and gusto first designing a test area which includes eight plant archetypes each in three weed management zones on a sloped Caltrans parcel on the west side of Vermont St. After sheet mulching and solarization treatments planting began, the first phase is now complete in time for winter rains (please!).

In 2021, in conjunction with the SF Department of Public Works (who has an adopt-a-highway agreement with Caltrans) and the Potrero Gateway team, further design for the larger area will be coordinated based on results of the test plots. The hope is that this area will become a keystone and a model for other Caltrans parcels, nearby pocket parks and backyards inspiring the community to network together for the benefit of all. From this neighbor’s perspective: we have always had neighbors who have been friendly with a wave and a smile but now we’re getting to know them as very good friends!

Project poster below, thanks to/created by Alexandra Harker, Field Collective 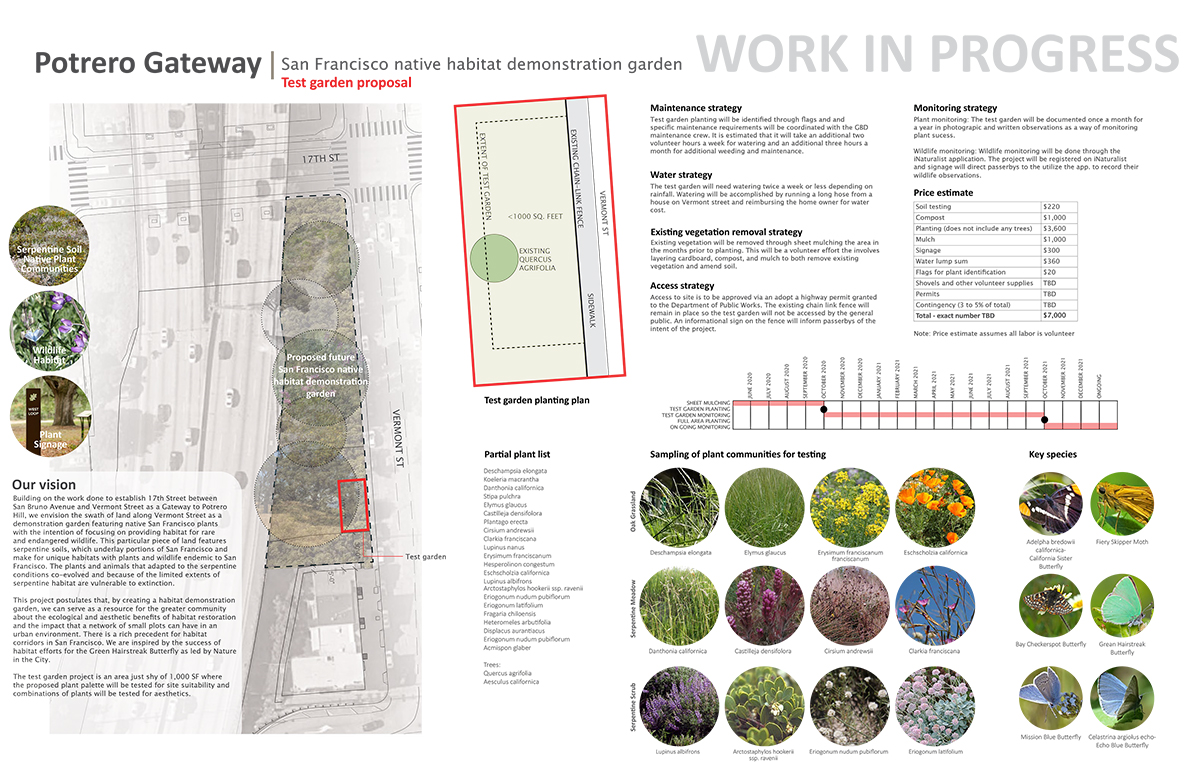 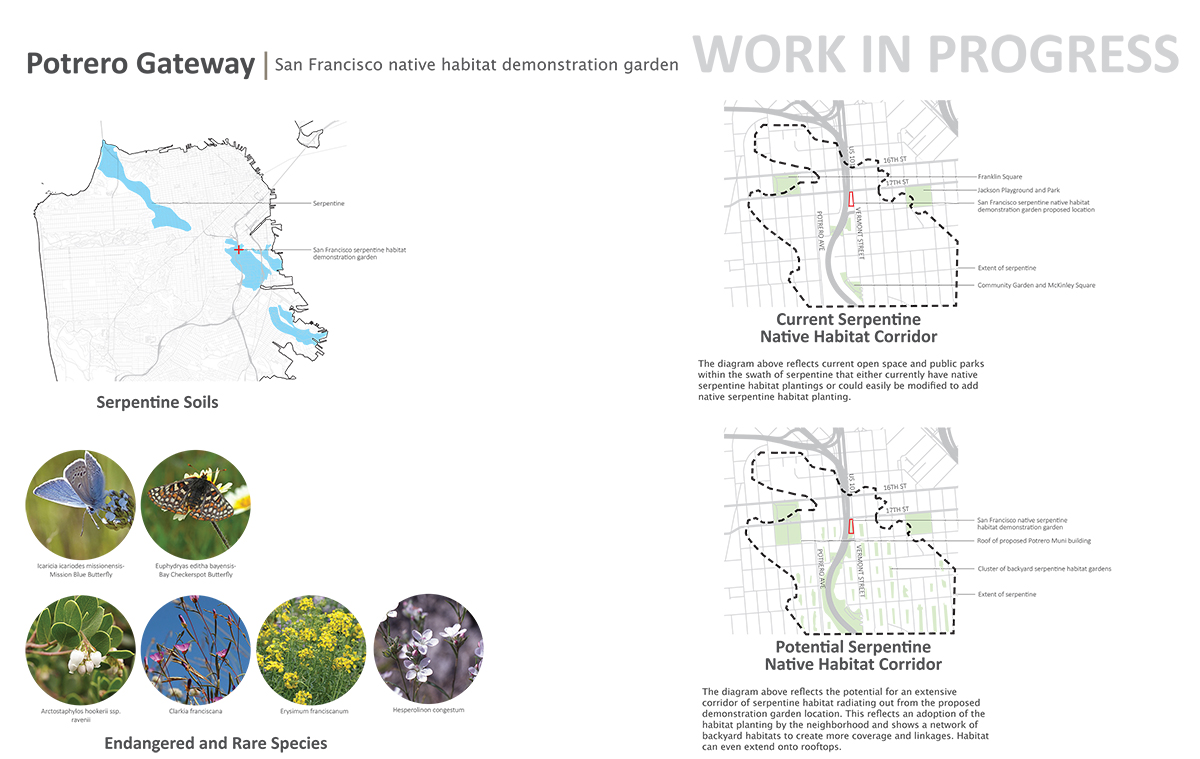