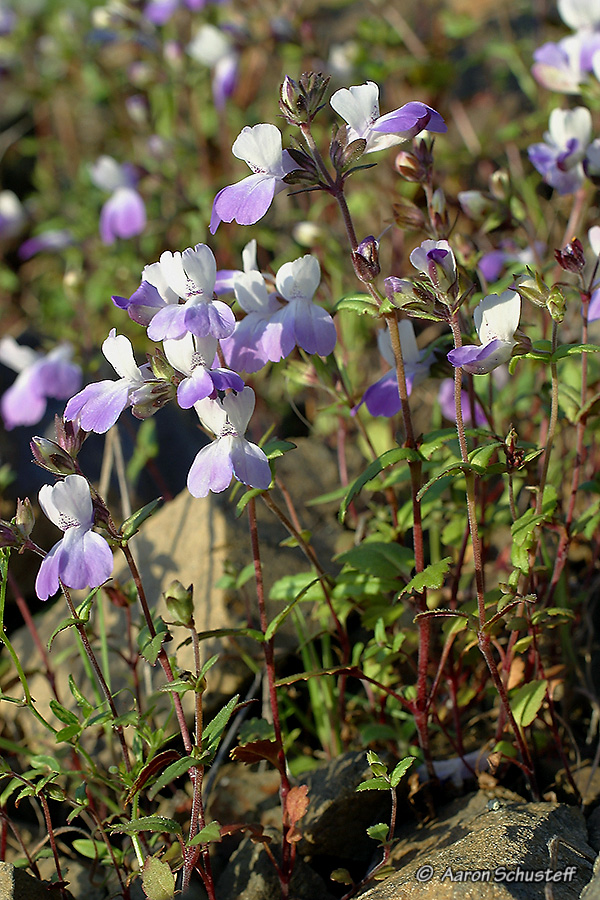 Over the years, I’ve touched on the subject of what makes a plant species “significant” in a legal or biological sense. In fact, that is the reason we started this column to begin with. For each species introduced here, I usually include a brief discussion of its legal status and mention whether or not impacts must be addressed in environmental review documents pursuant to the requirements of the California Environmental Quality Act. And occasionally, I have made reference to our chapter’s list of locally significant plant species. I think we’re overdue for a discussion of what all these categories mean. This topic comes up now because our chapter is embarking on a critical review and revision of our list of locally significant plant species; more on that effort in a moment.

The laws comprising the legal framework for the conservation of plant species in California include the federal Endangered Species Act (FESA), the California Endangered Species Act (CESA), the Native Plant Protection Act (NPPA), and CEQA (California Environmental Quality Act). (See Morey and Ikeda 2001 for a more detailed discussion). We sometimes talk about species having “special status. “This term refers to plants and animals that are either protected outright under the law or those that meet the criteria for listing. In general, species on the CNPS lists 1B and 2 are considered as meeting the criteria for listing. Under CEQA guidelines (Â§Â§15065 and 15380), impacts to special-status species must be considered significant and must be evaluated in environmental review documents like Environmental Impact Reports (EIRs) or Mitigated Negative Declarations (MNDs). This doesn’t mean that the impact is prohibited. (Used here, significant has a defined legal meaning and is not equated with statistical analysis.) Depending on the lead agency’s attitude and the level of agency and public input, significant adverse impacts to special-status species warrant mitigation designed to reduce the level of impact to a less-than-significant level.

In the bad old days, when the biology section of an EIR fit onto two pages and was prepared by someone with no training in biology, a project may have been deemed to have no adverse impact on biological resources if it didn’t directly impact a federally or state-listed species or an obvious wetland. Given the biological diversity of the state and our limited understanding of the true rarity of its indigenous flora and fauna, biologists with the California Department of Fish and Game (CDFG) and CNPS were justifiably concerned that significant direct, indirect, and cumulative impacts to biological organisms were not being adequately evaluated.

The process by which species may be formally listed is long and cumbersome. There was (and continues to be) a sense of urgency about the loss of species and habitats before they can be formally listed as endangered. As a science-based organization, CNPS undertook the monumental task of developing criteria and categories for classifying plants of varying degrees of rarity and subjected to varying degrees of threats. This effort culminated with the publication of the first edition of its Inventory of Rare and Endangered Vascular Plants of California in 1974. The CNPS Inventory is regularly reviewed and updated and is available on line for anyone wishing to learn more about the rare plants in their area. As such it serves as a defensible, definitive source of information about plant species that should be included in any impact assessment, greatly expanding the list of species formally listed by the state or federal governments. This has played a critical role in raising the level of awareness of other rare species and in ensuring that fewer species fall through the cracks during the environmental review process.

We introduced the issue of rarity in plants in this column in 2000 (volume 14, numbers 3 and 4), followed by a discussion of endemism in 2001 (volume 15, numbers 3 and 4). Rarity, along with perceived threats to their continued existence, both natural or human-caused, are the basis for the listing of species under FESA and CESA or their inclusion on any of the CNPS lists. Thanks to the advocacy of the CNPS, there is relatively little controversy any more regarding the protection of plants that are rare on a statewide or global scale. However, species that are rare on a smaller geographic scale, such as a county, also warrant attention.

Although they may be common elsewhere, have a wide distribution, or be at little or no risk of extinction on a local scale, plant species may be unique for a variety of reasons. Some species may occur infrequently, representing an unusual resource in a region, while others may be common but occur in a habitat type that is itself rare or declining due to human-caused pressures. Other species may be locally common but represent populations that are isolated or occur at the limit of the species distribution. These so-called peripheral populations may possess genetic traits that give them “enhanced evolutionary potential for adaptation and speciation” (Leppig and White 2006). Isolated or peripheral populations of some species may actually be better equipped genetically to adapt to environmental shifts. Alternatively, isolated populations may also have an increased susceptibility to extirpation. Such populations may play an increasingly important role in the face of the pressures posed by climate change. For these reasons, conservation of locally rare species is controversial and a tougher sale to the general public and, more importantly, government decision-makers.

Because they are otherwise widespread or common, locally rare species are not

cause they are otherwise widespread or common, locally rare species are not afforded formal protection under the endangered species acts and generally don’t meet the criteria for listing. Therefore, they typically are not evaluated in environmental documents. However, pertaining to the discussion of a project’s environmental setting in EIRs, CEQA Â§15125[c] states: “Knowledge of the regional setting is critical to the assessment of environmental impacts. Special emphasis should be placed on environmental resources that are rare or unique to that region and would be affected by the project. The EIR must demonstrate that the significant environmental impacts of the proposed project were adequately investigated and discussed, and it must permit the significant effects of the project to be considered in the full environmental context.” (Emphasis added.)

It wasn’t until 1992 that Dianne Lake of the CNPS East Bay Chapter led the first effort to identify the unusual and significant plants of a specific region, namely Alameda and Contra Costa counties. In its seventh edition, Dianne’s Rare, Unusual and Significant Plants of Alameda and Contra Costa Counties (CNPS East Bay Chapter, 2004) identifies six ranking levels and specifies the criteria for inclusion on the list. With 1,500 species recorded in the East Bay Chapter area, 114 were already listed as rare or endangered statewide. But an additional 588 species would meet the criteria for listing if only these two counties were considered. And it is these species that the report seeks to draw attention to when evaluating the environmental impacts of proposed projects. An eighth edition of the report is due out in the spring of 2010. To date, only one other CNPS chapter (Channel Islands; Ventura County) and the Santa Barbara Botanic Garden (Santa Barbara County) have undertaken similar efforts for their respective regions. Both lists can be found online at .

In 1996, our Chapter’s Rare Plant Committee prepared its first compilation of the rare plants of San Francisco (Wood 1996). In 2005, our chapter began compiling a list of locally significant plant species for all of San Francisco County (revised in 2006, available at . This list is based on a simple evaluation of the relative rarity of native species in the City and lacks the more formal selection criteria used in the East Bay.

The Yerba Buena Chapter is now embarking on a more ambitious project to refine its list of locally significant plant species. The motivation for this effort comes from an increased awareness of the biological value of such species; the ongoing conservation efforts of San Francisco’s Natural Areas Program (NAP) and the Presidio Trust; continuing threats to the City’s remaining natural areas by development, invasive species, and benign neglect; the upcoming transfer of Yerba Buena Island to the City from the Navy; and publication of the long-awaited revised Flora of San Francisco by Dr. Tom Daniel at the California Academy of Sciences. The revised list will incorporate our current knowledge of the number and size of plant populations, the rarity of the habitats in which they occur, threats, their isolation from other populations, and whether or not they are at the limits of their distribution, among other criteria.

We have initiated the formation of a Locally Significant Plants Program and the formation of a Locally Significant Plants Working Group. In addition to serving as a clearing house for our knowledge of San Francisco’s locally rare species, objectives of this program will be to provide the basis for the City to establish an ordinance addressing locally significant species and to get them addressed in the General Plan. David Magney of the Channel Islands Chapter managed just such a coup. The Ventura County General Plan specifies that “locally important species/communities” are a significant biological resource to preserve and protect. Closer to home, Santa Cruz County has enacted a “Sensitive Habitat Protection Ordinance,” which specifies that no development activities that would result in disturbance to “rare, endangered or locally unique plants and animals or their habitats” can occur until a biotic review is conducted and necessary mitigation measures are developed to protect the habitat. Peter Brastow, CNPS Rare Plant Committee co-chair and founding director of Nature in the City , in coordination with numerous other conservation organizations, has recently made similar recommendations to the City in testimony at hearings for the update of the Recreation and Open Space Element of the General Plan.

It is important to stress that primary motivation for this undertaking is not to stop the otherwise legal development or use of public and private lands. Rather, as already required under CEQA, it is our goal to ensure that land use planning decisions fully evaluate all significant adverse environmental effects and provide appropriate mitigation. And, as always, raising public awareness of and advocating for the preservation of our botanical heritage is at the top of our to-do list.