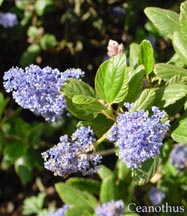 Like human beings and other animals, a plant has a budget. In order to exist, its income must equal or exceed its outgo. If you will remember this simple principle it will spare you taking action detrimental to your plants. The principle applies to all plants, but the thrust of this article regards primarily woody plants because they are longer-lived.

The means by which a plant makes a living is through the rays of the sun. The plant’s leaves are able to capture the sun’s energy (miraculous when you think about it), and use that energy source to fuse hydrogen and oxygen from water with carbon dioxide from the air to produce carbohydrates (sugars and starches). This is its income. It uses this income to “finance” growth: new leaves and shoots, new wood, trunk and branch expansion, new roots. After it has taken care of these needs, energy produced in excess of this will be stored (“banked”) in various tissues, especially in the roots. If it has enough income banked, it will use some of it to produce flowers and fruits.

What does all this mean to the gardener? Simply this: if you want your plant to thrive and to maximize its production of either new growth or flowers and fruits, you must understand how things look from the plant’s point of view. After investing most of its stored energy (bank account) in a burst of spring growth, that investment must be allowed to do its work-photosynthesizing-to pay back the investment which produced it. If you heavily prune a winter-dormant plant in, say, May or June, you severely deplete the plant’s energy that had been stored but is now in actively growing areas. Depending on the severity of the energy draw-down, you may kill a plant or permanently stunt its growth-you may have created a situation where the plant’s income either is less than its outgo or exactly matches its outgo and it is no longer able to bank funds. Have you ever noticed a plant producing a burst of flowering just before it dies? That is because it “knows” it is going to die. Its outgo exceeds its income and it is putting its last energy into flowering and fruiting in order to consummate its existence by producing seeds before it dies, thus ensuring future generations.

As you can see, heavy pruning should be confined to autumn and winter to minimize energy loss – with a proviso for natives. Many California native plants have a different rhythm from most garden plants; they are semi-dormant in the dry season to escape the drought and they grow during the cool, moist winter and spring. You would not want to prune them during the winter when they are actively growing. Be aware of a plant’s life cycle when pruning or transplanting.