When Katherine Roberts 1st bought her house on a quiet little street in Cole Valley in May 2003, both the house and gardens had been badly neglected by its previous owner.

Katherine’s story: A gorgeous old Edwardian, with a sizable back yard, and it even still had its original front garden and wrought-iron fence, since the ground-floor rental units had never been converted to garage parking. It is one of the few houses on the street that still have their original facades and street-level garden space instead of unsightly pavement, garage doors, and (usually) cars parked where the lovely front gardens used to be. It was love at 1st sight when I found it. But I had no idea how much work it was going to be to bring it up to snuff.

Both the back and front gardens had been planted with a ton of aloe and jade plants, which had expanded to take up all the available space, and they were also full of bougainvillea and Erharta. The back yard also had giant agaves, ivy covering all the fences, calla lilies, blackberries, and a huge century plant that had exploded with a giant projectile that took up half the yard. Both gardens were a total mess, but the back yard was particularly daunting because it was so big, so overgrown, so overrun with snails and slugs, and filled with all kinds of detritus like old toilets and other disgusting stuff. I joked that it was the evil wizard’s garden, because almost everything growing in it had huge thorns that cut and scraped me when I tried to clear them out. But I set to work anyway, filling up green bin after green bin with incredible amounts of biomass from all the plants and weeds I didn’t want, and hauling out loads of debris. It was an unbelievably time-consuming and back-breaking project.

Most of the weeds grew back, of course, so it was literally years before I managed to clear out even a small space to plant the things I wanted. But eventually I got rid of most of the succulents, ivy, blackberries, lilies, bougainvillea, and other things that were creating so many problems for me — attracting rodents and other pests, and preventing the space from being truly productive and useful. One unexpected bonus of all this hard work was unearthing a dozen ancient rose bushes that had been planted in a horse-shoe pattern in the middle of the garden who knows how long ago. They had been so completely buried by all the ivy, blackberries, and succulents that I didn’t even know they existed! I remember how excited I was when I 1st realized I had uncovered a rose bush. Now they adorn my garden in all their brilliant colors and sweet fragrances, and although they are not native, I absolutely love them.

My first instinct after all the weeds were cleared out was to plant a vegetable garden, but after a few seasons of growing vegetables I realized that the amount of energy it took wasn’t really worth it, since I was surrounded by so many wonderful farmers’ markets and neighborhood grocers, who carried the same organic vegetables I was working so hard to produce, but which were grown by people who were much better at it than I was, and who weren’t going to charge me all that much to do it. I had seen a presentation by Greg Gaar at the Park Branch Library a few years earlier about disappearing native habitat, and became intrigued by the idea of using all my freed-up green space to provide sustenance for birds and butterflies instead of growing food for myself. I decided to ask Greg for help.

Greg gave me a bunch of seedlings to get me started, but sadly, the first plants he gave me all died. I had no idea how to nurture them and keep them alive! This led to a deep dive into the logistics of growing native plants, using every resource at my disposal. I went on native plant walking tours, scoured the internet, worked closely with Greg trying to mine his encyclopedic knowledge about all things native, and, after I met Peter Brastow, Amber Hasselbring, and the BYNN folks, gleaned information from them in any way I could. And now, finally, although they both still seem like works-in-progress, my front and back gardens are wonderfully alive with songbirds, hummingbirds, exotic butterflies, different kinds of bees, damselflies, and all the wonderful coastal dune wildflowers and sub-shrubs that were here long before my house and neighborhood were built, and will hopefully survive way into the future.

Favorite plants in my garden: I love so many of them, but my hands-down favorite is the Clarkia Rubicunda (Farewell-to-Spring), which blanket both gardens in a magical carpet of pink for a few weeks every summer after all the other wildflowers have died back. There is something so magical about that plant, and I feel a huge affinity for it. I also love the delicate pink flowers of the Checkerbloom. It seems so fragile, and its blooming season is so short. But I am always happy to see it peeking out from underneath the taller plants that surround it.

Wildlife seen: Lots of different pollinators including Monarchs and other kinds of butterflies, different kinds of birds and bees, and larger animals like skunk families (true), raccoons, and the very occasional quail or opossum.

Favorite thing about the garden: Knowing how much it is benefiting the plant and (non-human) animal worlds. And also how much joy and pleasure it brings to humans like myself.

Biggest challenge: It was all a big challenge, and frankly continues to be, although it has definitely gotten easier over time. But it is by far one of the most rewarding and satisfying things I’ve ever done, and one of the things I’m proudest of.

Any advice for beginners? Take advantage of all the resources around town! Join Nature in the City, talk to Greg Gaar (and get free seedlings from him), get to know the BYNN folks, check out the local Yerba Buena chapter of the Native Plant Society, go to Bay Natives in the Bayview and ask them for advice, pore over the native plant section at Green Arcade bookstore. There are a lot of people around who will be thrilled to help.

And online, check out the Las Pilitas website. Their help was so invaluable, I really don’t think I could have gotten my garden started without it. They group plants by region and habitat, tell you the exact dimensions of each plant when it’s grown, and cover soil type, drought tolerance, whether they need morning or afternoon sun, even what plants they do best planted in community with. A lot of my success in the garden is attributable to them. I was dealing with so many different conditions — sun, shade, partial sun, sandy soil, low ph due to a neighboring Monterey Cypress, etc. There is no way I could have sorted through all this without their help.

But most importantly, if you have any space at all to grow native plants in, just do it! The rewards are virtually infinite, and you will feel so good about knowing you are doing your part in keeping the web of life intact. I had lots of different options along the way, but now I can’t even imagine choosing a different path. There is something so healing about putting these plants back in their rightful place. And they thank me in a million different ways for doing it!  All those starts and stops, all those set-backs, all that hard, hard work transforming this space — it was all totally worth it.

One last bit of advice: don’t try to plan your garden too carefully. Mother Nature has a way of laughing at all those things. In the end, some of my most carefully-planned plantings were utter failures, and some of the things I love the most were just happy accidents. My garden definitely had the final say in how it turned out. If you plant the things that are most appropriate for your site and then let Nature run its course, I think you will be astounded at how well things go. Just try to keep an open mind and provide the optimal conditions for keeping things healthy and thriving. Then sit back and enjoy the show. You’ve definitely earned it. 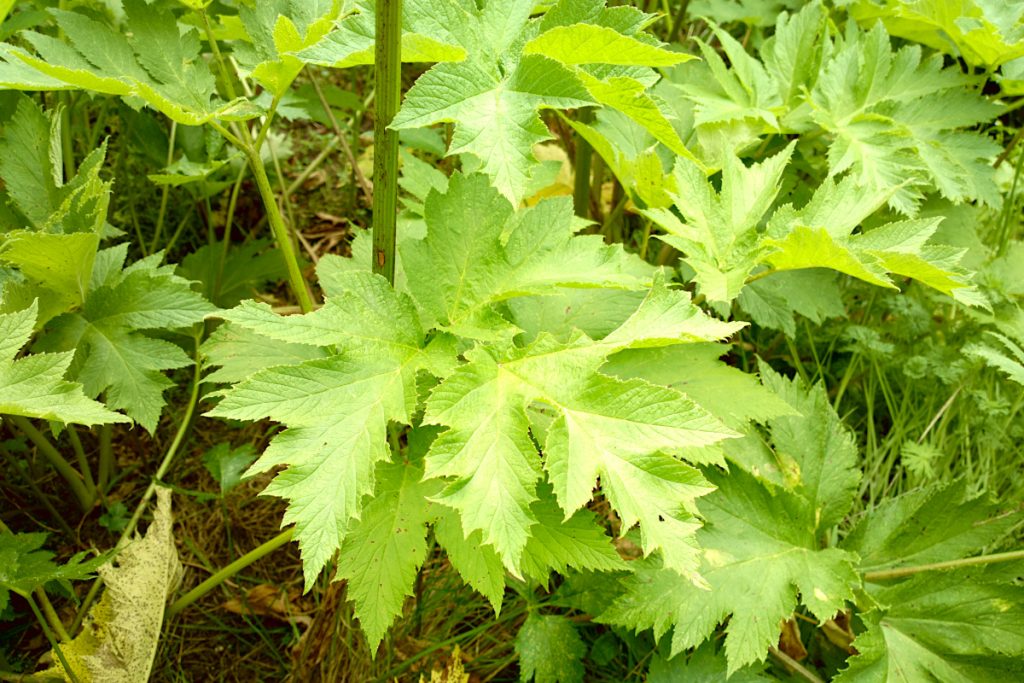 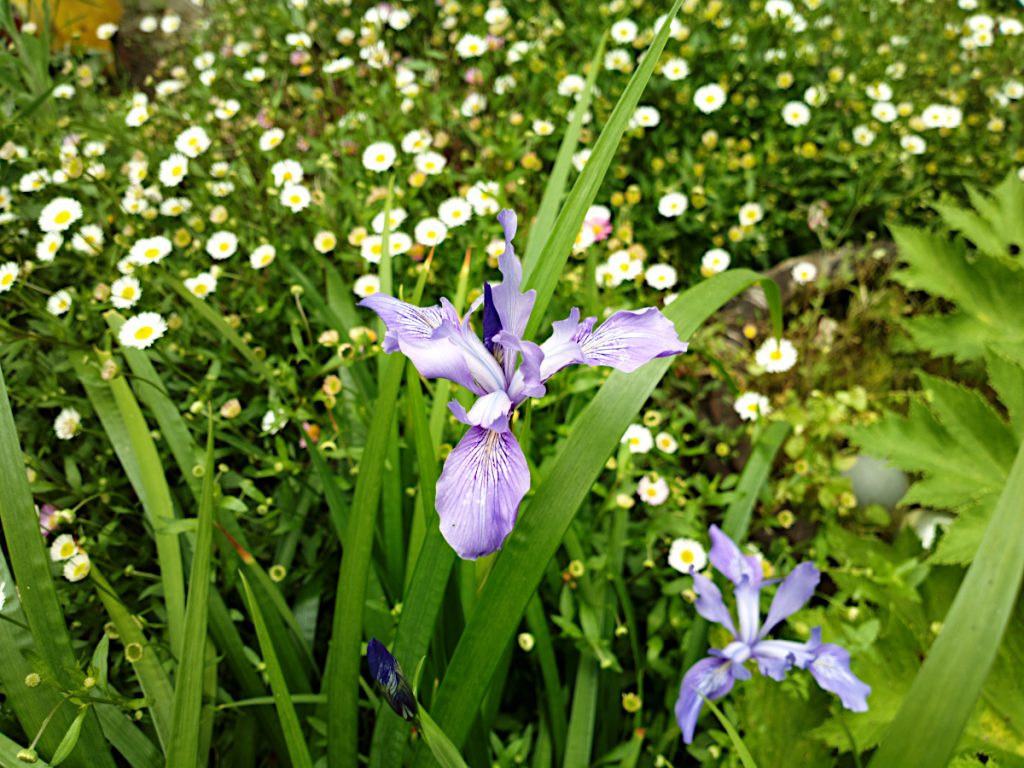 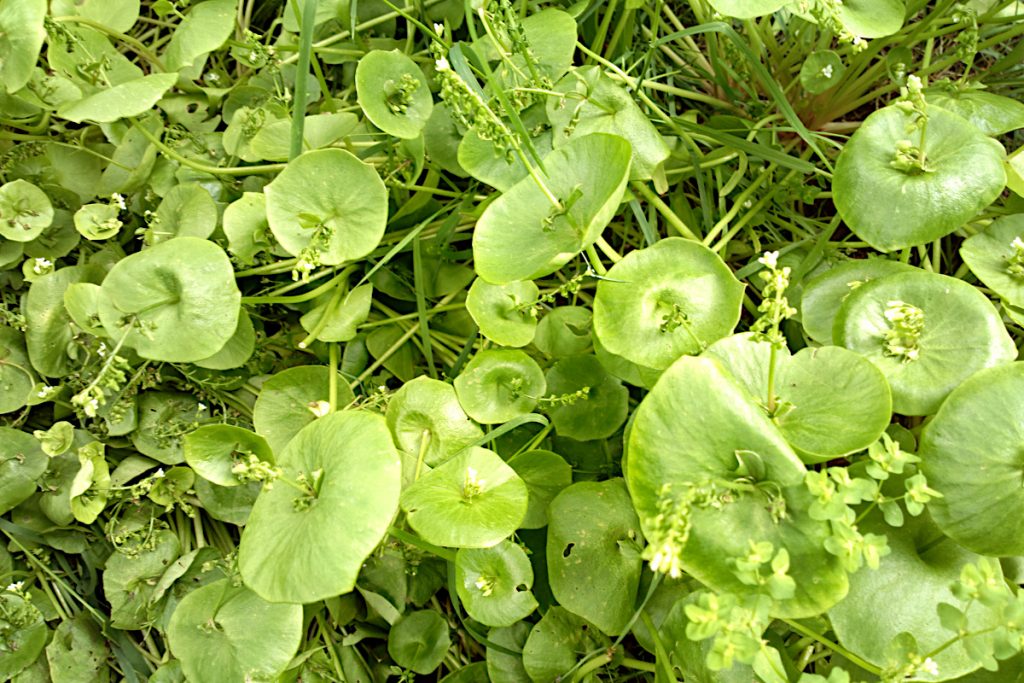 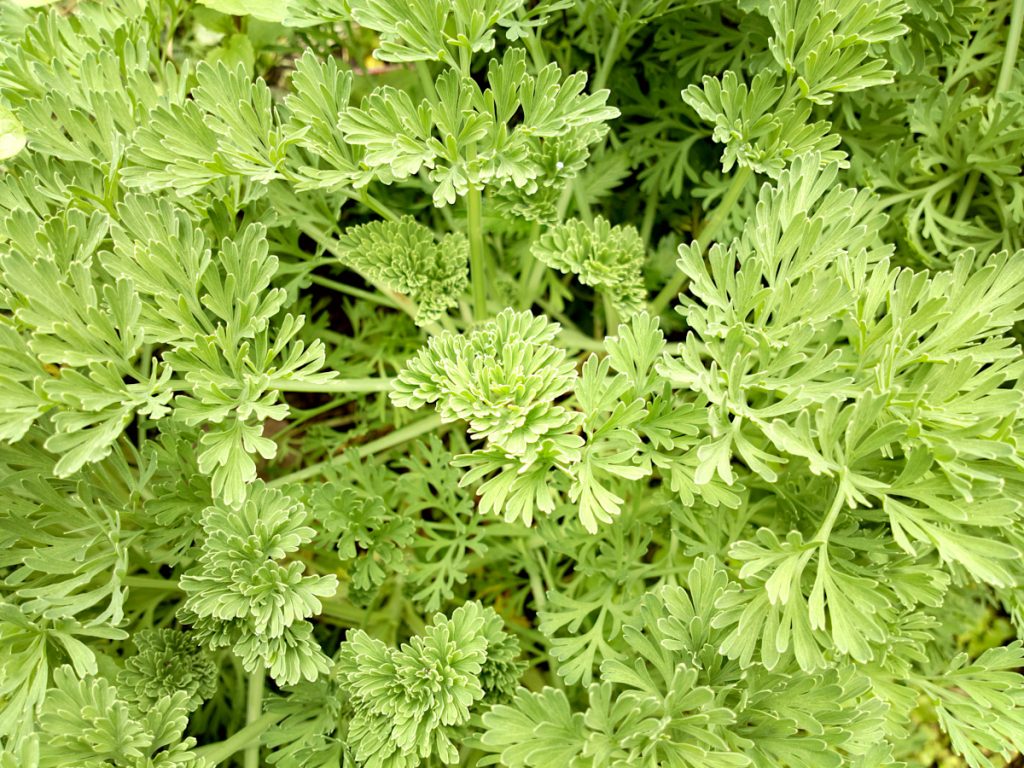 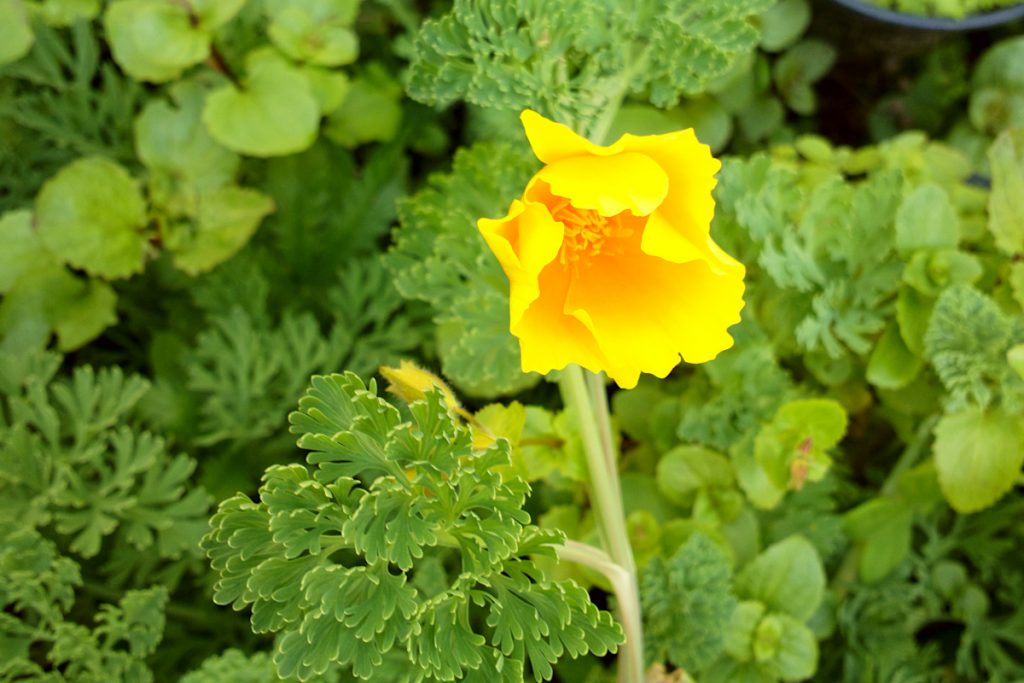 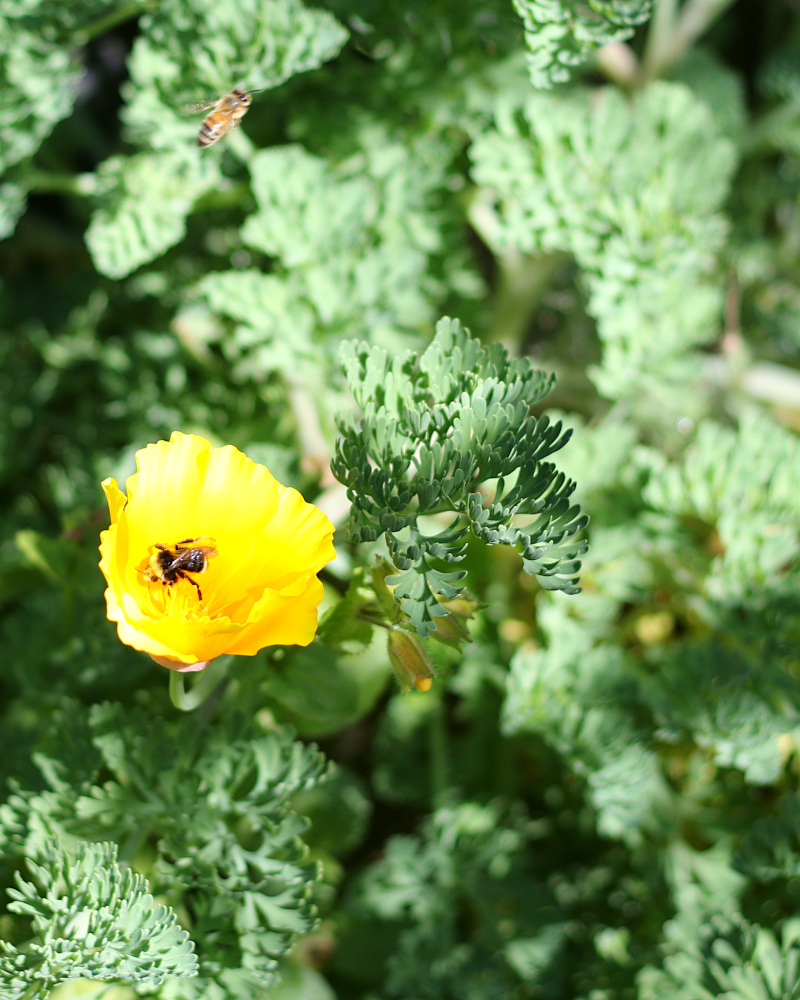 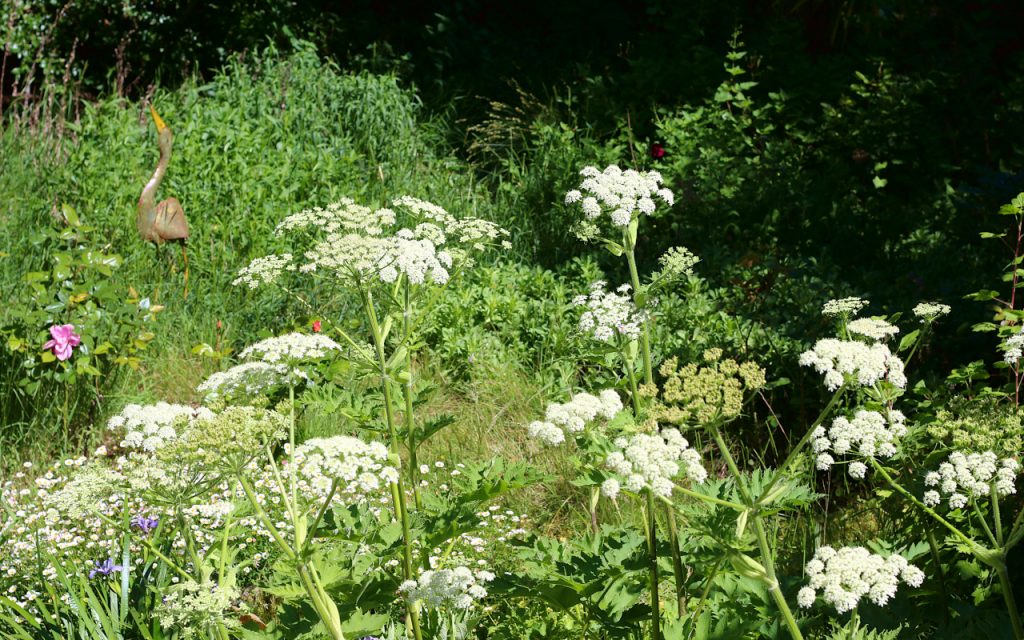 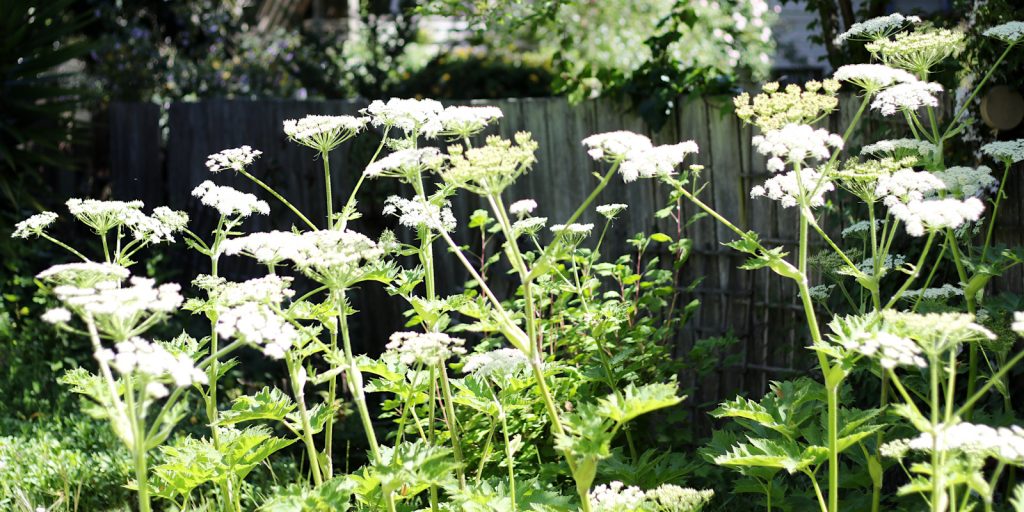 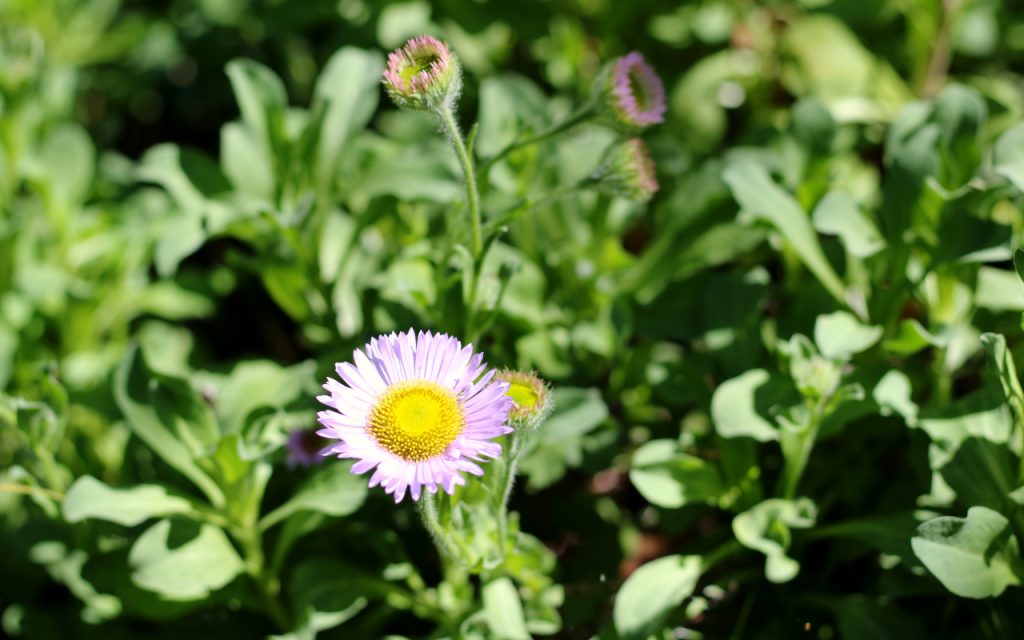 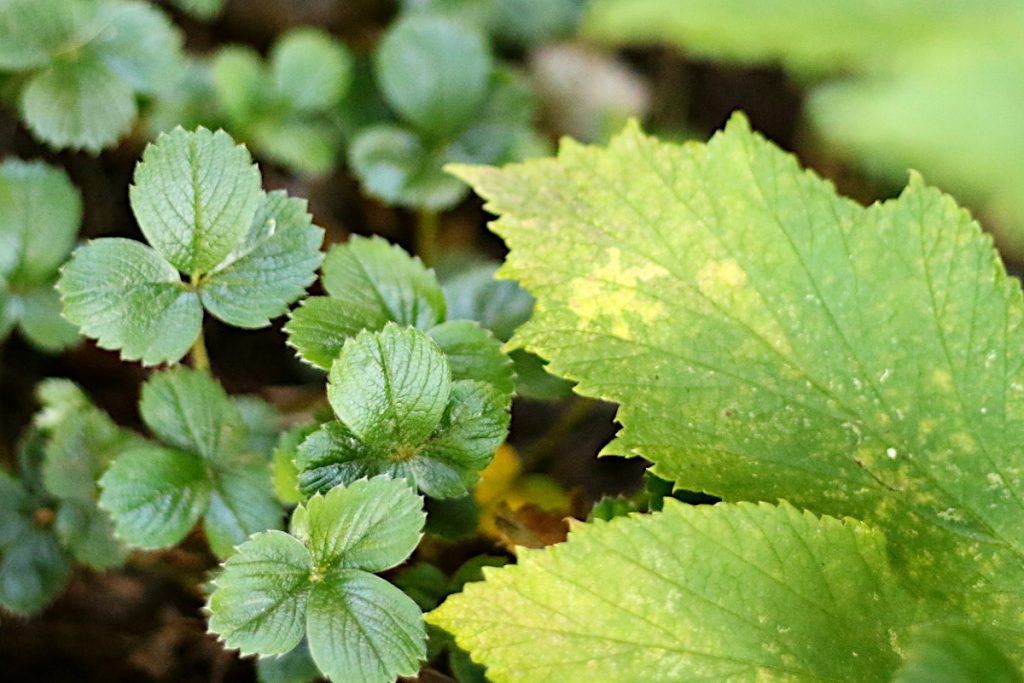 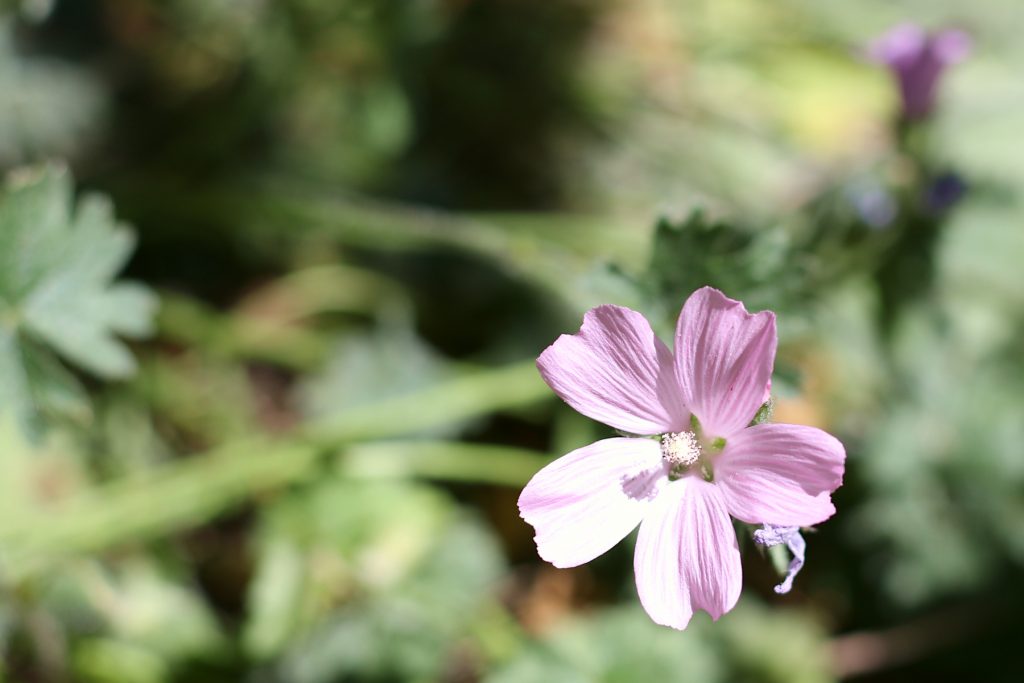 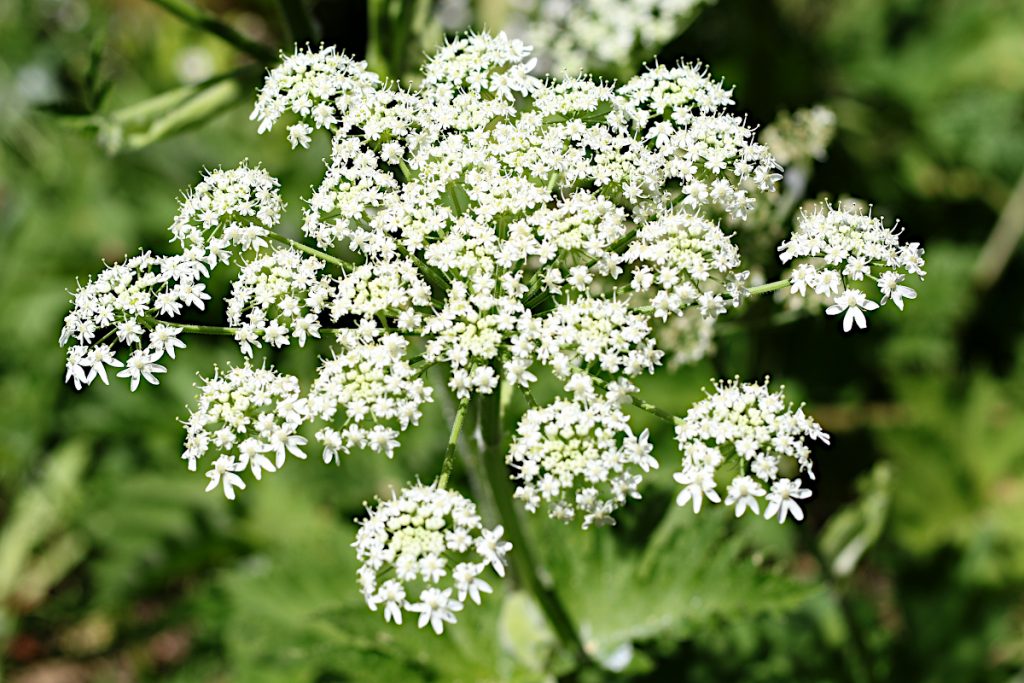 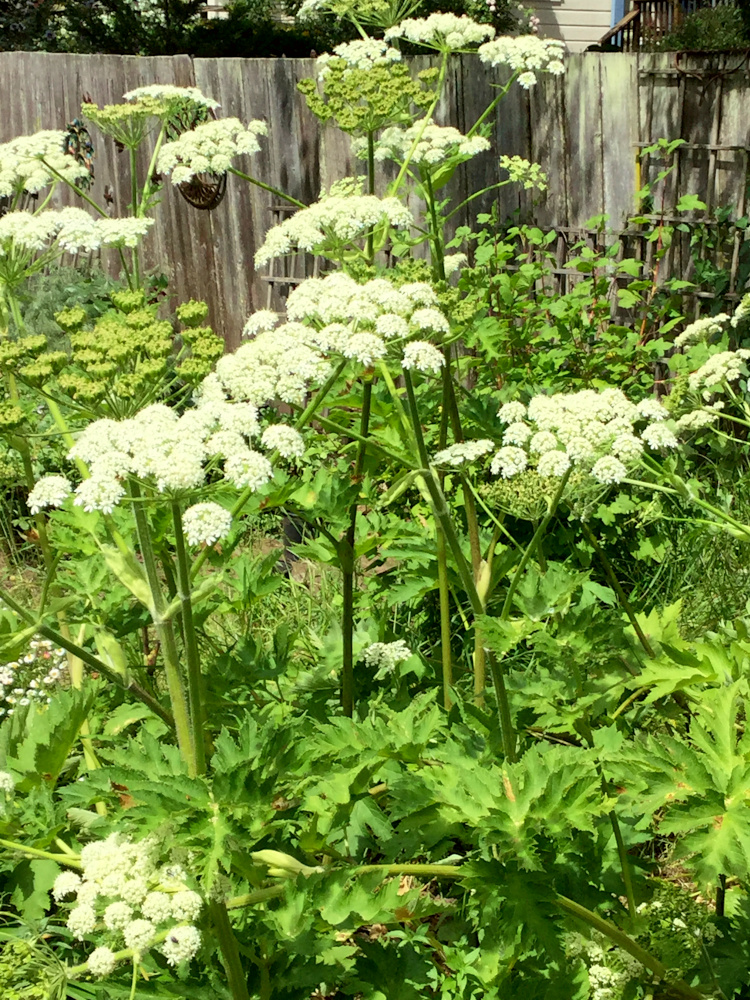 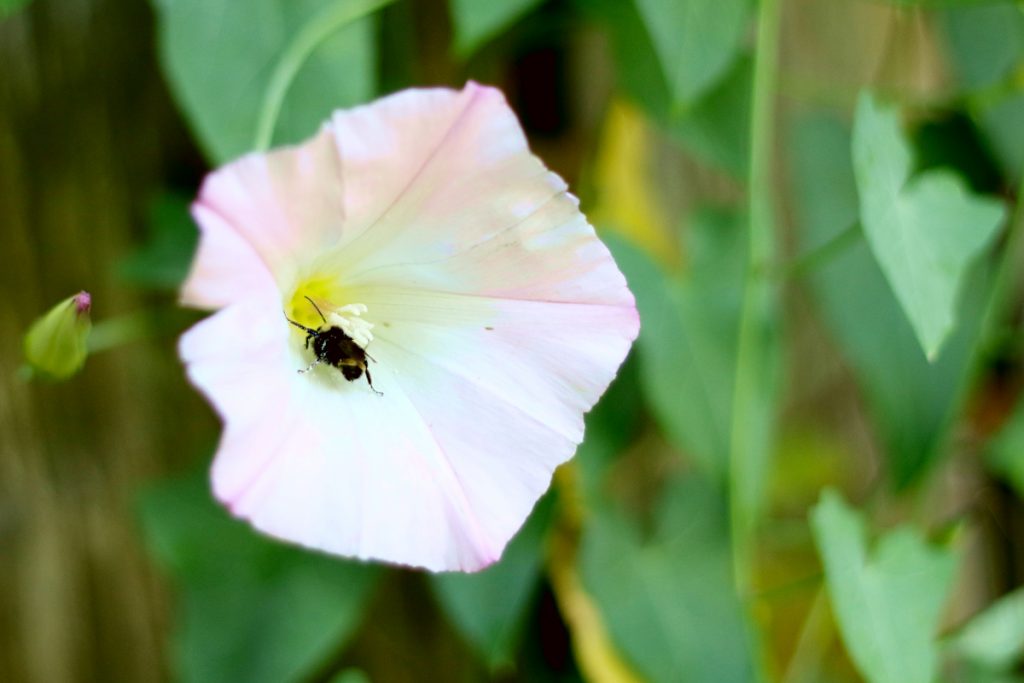 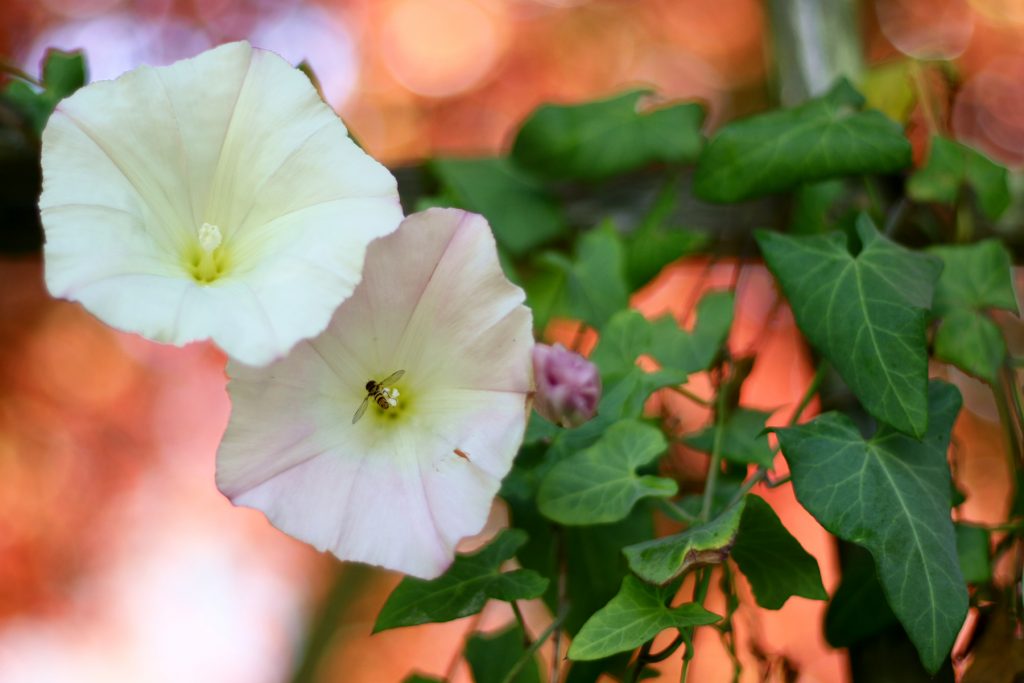 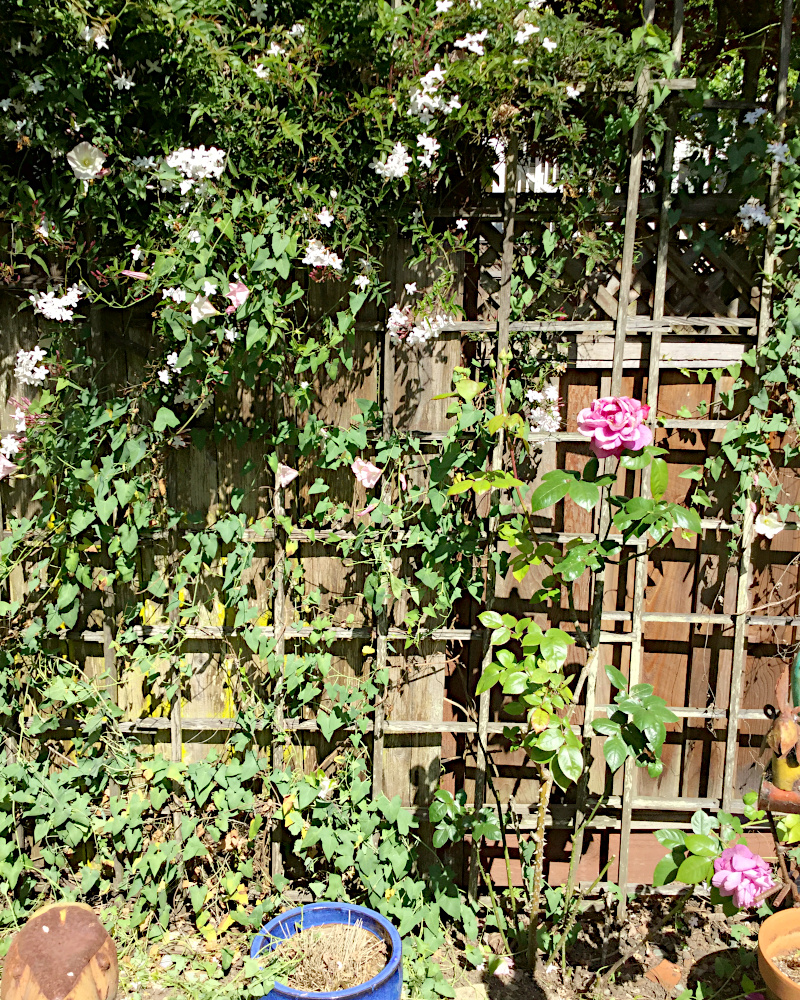 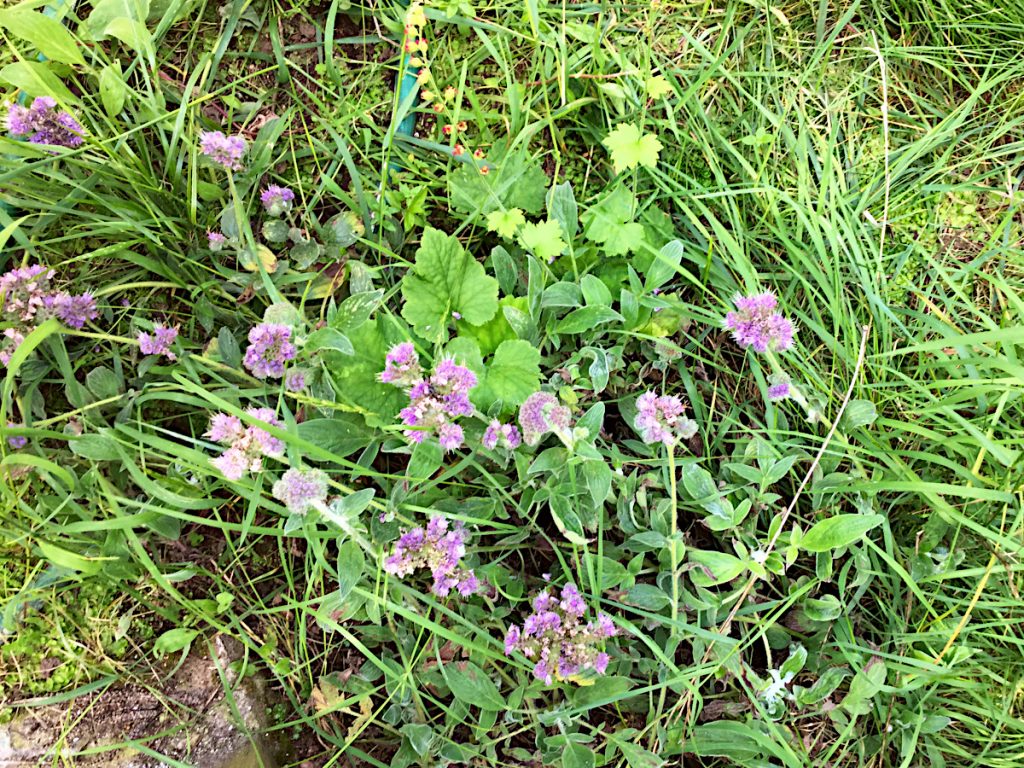 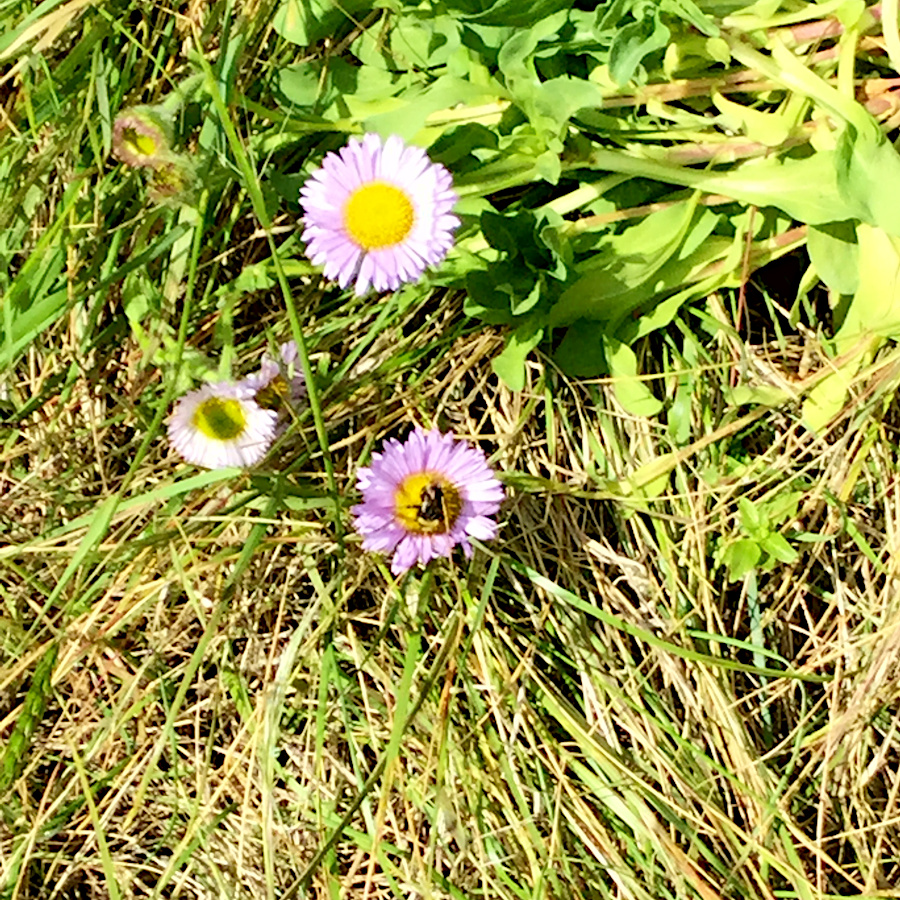 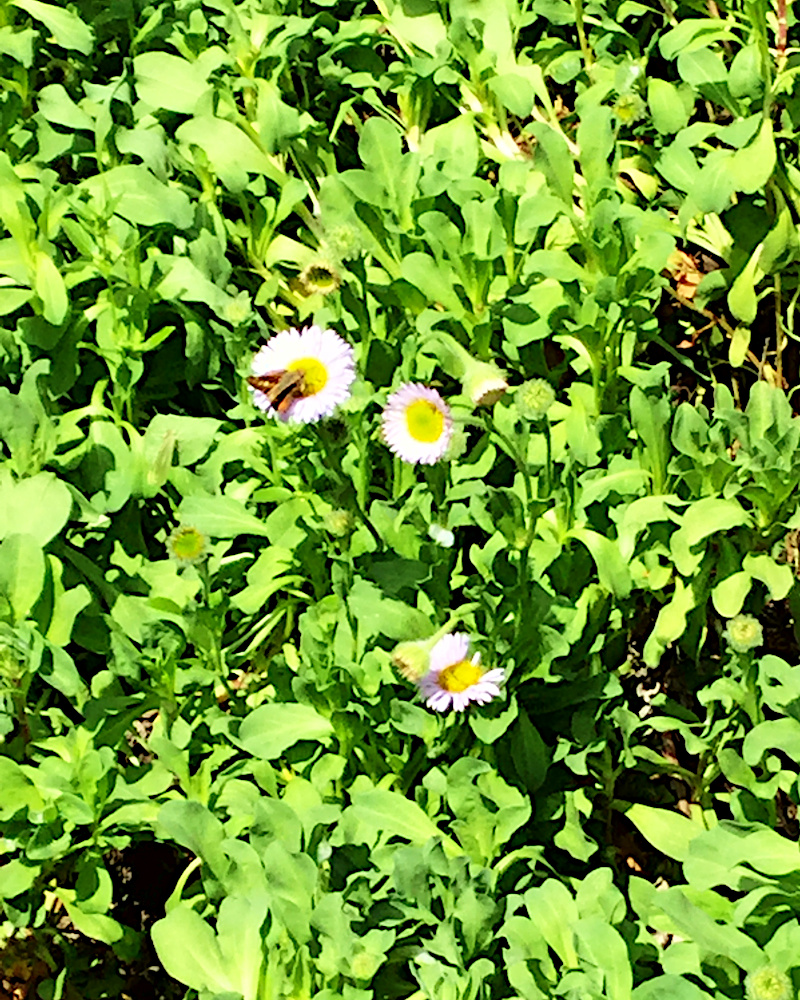 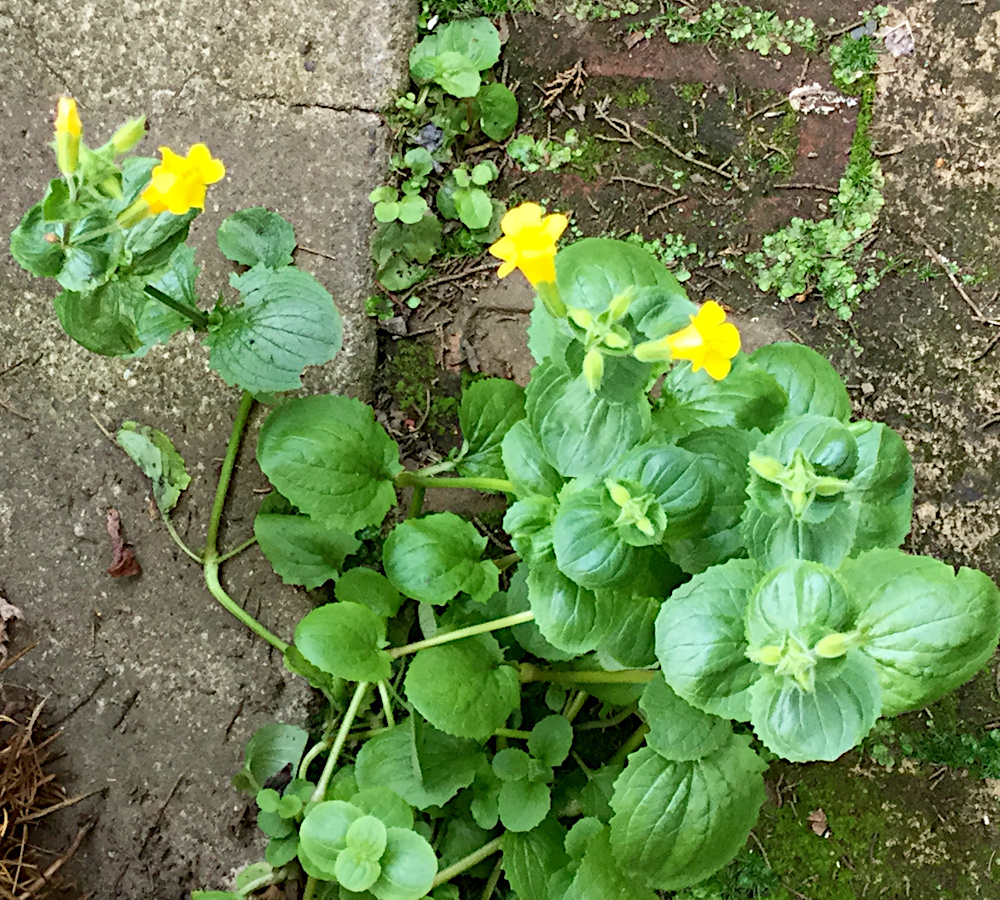