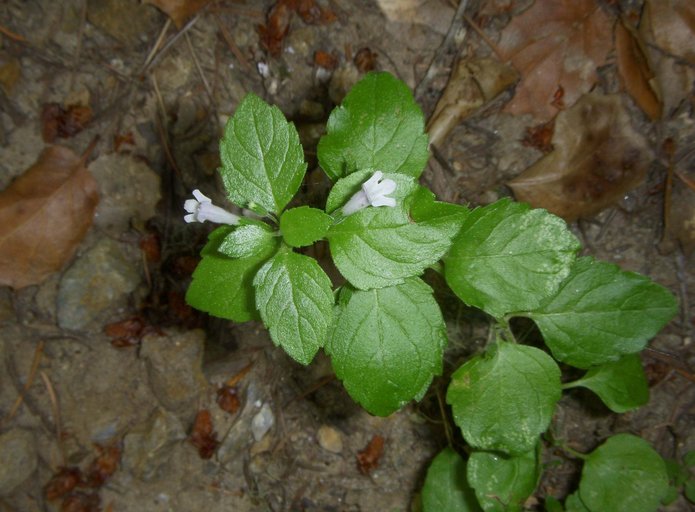 San Francisco is blessed for many reasonsâ€¦natural beauty, climate, being far away from Washington D.C., and, of course, a rather remarkable diversity of native plant species. This despite having been the launching point for the Gold Rush and Northern California’s population explosion that followed. But with that population came scientific endeavors, efforts to document, quantify and understand the natural world we were simultaneously seeking to master and manipulate.

The Yerba Buena Chapter of CNPS is quite remarkable among the state’s 33 chapters. The ratio of acreage to population is likely the lowest of any other chapter. This makes for a unique situation. Our chapter area is comprised of motivated and knowledgeable citizens keeping an eye on a finite number of well-defined natural areas, many of which have been quite closely surveyed and monitored. As a result, there has been an accumulation of separate species lists, many of which were recorded on loose sheets of paper in files, folders, cabinets, and tucked into the pages of Jepson Manuals.

When I was a new board member in 1994, I was in awe of the familiarity my fellow board members had regarding what grows where. A born list maker, I asked my colleagues if I could compile the species lists that had been amassed. It was my intention to compile these lists into a master checklist of the plant species San Franciscans might encounter when exploring our hills-and-dales. I’m a big fan of local checklists and you can find excellent examples on the websites of our neighboring chapters. It seemed like the time for San Francisco to have something similar was overdue.

The last flora of San Francisco County was completed in 1958 (Howell, et al.). Other frequently-referenced local floras include those that cover San Bruno Mountain (McClintock, et al. 1990) and the Santa Cruz Mountains (Thomas, 1961). Marin County has its new flora (Howell, et al. 2007) and the just released Annotated Checklist of the East Bay Flora (Ertter and Naumovich, 2013). We are all very excited about the efforts by Tom Daniel, Curator of the Botany Department at the California Academy of Sciences, to prepare a revised flora of San Francisco. Reporting from the island of SÃ£o TomÃ© & PrÃ­ncipe, an island off the coast of West Africa, Tom says that the revised SF flora, which will include keys, descriptions, general localities, taxonomic and natural history notes, phenology, etc., should be completed by 2015.

There have been commendable efforts in the city to document the flora within specific jurisdictions. The Presidio Trust, Golden Gate National Recreation Areas and the San Francisco Recreation and Parks Department’s Natural Areas Program have accumulated an impressive amount of information regarding the occurrence of native and naturalized non-native plants growing on lands in their respective jurisdictions, and they have very generously shared their databases with me. (To get a good idea of where the city’s natural areas are located, be sure to pick up the splendid map of San Francisco’s natural areas put together by The San Francisco Recreation and Parks Department, The Presidio Trust, and Nature in the City).

When I started sorting out the various loose pieces of paper other chapter members had passed my way, I suddenly found myself with access to a rather impressive amount of data. Prompted by the publication of the 2nd edition of The Jepson Manual (TJM2; Baldwin, et al. 2012), I redoubled my efforts at compiling a single master checklist for the entire county, regardless of jurisdiction or ownership. This updated and annotated checklist is intended to serve as an easy-to-use guide to the floristic diversity of San Francisco County. I wish to emphasize that the checklist is not a scientific research effort, one supported by extensive ground-truthing, collection of voucher specimens, and the review of herbaria records. The information provided to me comes both from trained professional and amateur botanists, as well as second-hand reports from motivated citizens without formal botanical training; I have not attempted to verify species identifications or occurrences. I have, however, annotated the list to indicate suspect identifications based on anomalies in the known geographic records through personal experience or review of collections records available through the California Consortia of Herbaria (CCH).

Although I’ve updated the checklist to match TJM2, don’t worry about not being up to speed on the latest nomenclatural revisions; former names and family assignments are noted. The checklist is also annotated with such information as rarity status, invasive status, blooming period, whether or not each is considered indigenous to the San Francisco Peninsula, notes on geographic range, the need for local S.F. collections, habitat specificity, and data gaps. Once completed, it will provide the basis for compiling our chapter’s official List of Locally Significant Plants (see my article in the September 2009 chapter newsletter)

I still have some more data to sort through and need to clean up the annotations, but my hope is to complete the checklist by this summer. At the moment, the master checklist includes over 1000 taxa (53% native, 47% non-native) and is sorted into nearly 70 specific parks, open areas, and private parcels. Ultimately, the entire checklist as well as individual checklists for each plot of land will be available for download in pdf format from the chapter website (www.cnps-yerbabuena.org/). Depending on interest, we may even publish a bound copy for those of you who, like me, simply must possess such local lists.

It is my hope that readily accessible checklists for specific plots of land will serve to enhance the experience of visitors interested in learning the identities of the plants they encounter along the city’s many trails. More importantly, these lists should aid in conducting targeted searches for rare and unusual species, correcting misidentifications, focusing efforts on the eradication of invasive non-indigenous species, assembling a complete collection of voucher specimens for the county, filling in those data gaps.