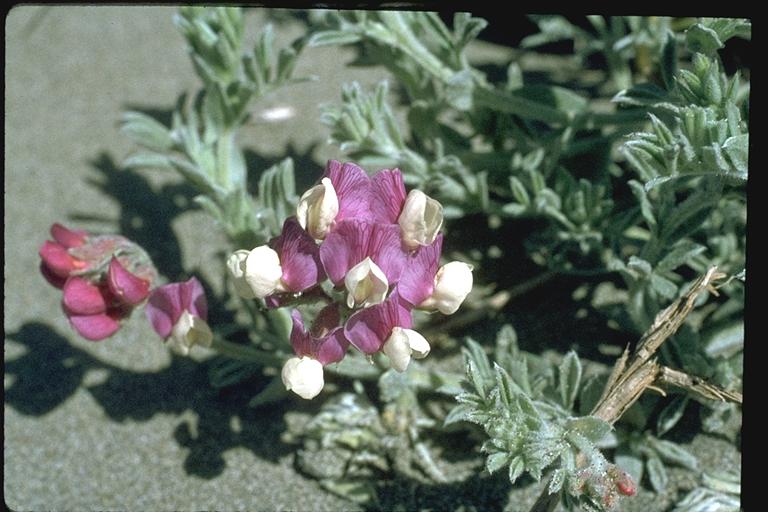 Prior to 1835, Spanish and Mexican settlements here were restricted to the areas around Mission Dolores and the Presidio, which were founded in 1776. Even as late as the 1880s, with a population of over 230,000 souls, the City of San Francisco was primarily confined to the northeastern corner of the Peninsula. Western San Francisco was typically described as a barren, treeless wasteland supporting only scattered grasses and shrubs with or no value for grazing or agriculture and with no usable timber. Extensive sand dunes stretched from Lake Merced to Point Lobos, from the ocean shore to the western bases of Mt. Davidson, Mt. Sutro and Twin Peaks, across the length of Golden Gate Park to Buena Vista Park, and across the northern end of the city, around and over rock outcrops, from the ocean to the bay. There were lakes on the leeward sides of the dunes at Lake Merced, Pine Lake, Laguna Honda; the chain of lakes near the western end of Golden Gate Park; and Mountain Lake. Following World War II, vast housing projects began to cover the dunes. Carlos Kaufeldt (1954) documented the destruction of the last major sand dune complex in San Francisco, an area bounded by Rivera and Ortega Streets, Sunset Boulevard and 41st Avenue.

In past newsletters, I’ve covered many botanical constituents of our remnant coastal dunes and shorelines. It’s an ecosystem that has always drawn me in, partly the result of my early days as a surfer and beach bum, and my college days exploring the coastline of San Luis Obispo. But the primary attraction has undoubtedly been a fascination with what our world looked like before the invasive species got here: those two-legged, four-legged and non-legged Europeans. Coastal dunes occur along the shorelines of oceans and lakes throughout the world but are more common in temperate climates, developing from supplies of sand deposited onto expanding beaches during glacial periods (Maun 2009). Only 23 percent of California’s 1326 km-long coast line supports beach formations and San Francisco is part of only eight major dune systems in the state (Barbour and Johnson 1988). Few of California’s natural ecosystems have been more heavily impacted by post-colonial development and activities, as Kaufeldt (1954) makes painfully evident.

Given this history of grading, paving, building, sand mining, damming of rivers, and deliberate and accidental spread of invasive plant species, it is truly a wonder that San Francisco can boast of any diversity at all in its remaining coastal sand dune habitats. This once extensive dune system now occurs only as highly altered habitat fragments located at Hawk Hill, Grand View Park, Fort Funston, Ocean Beach, Lobos Creek and Baker Beach, and the restored dunes at Crissy Field. Beach pea is one of the species that has nearly vanished from the City.

Beach pea is a member of the legume or pea family (Fabaceae; also known as Leguminosae), consisting of some 730 genera and 19,400 species, making it the third most species-rich family of flowering plants in the world. In California, the legume family is second only to the sunflower family (Asteraceae) in terms of species diversity. Unlike other members of the legume family in California that have undergone some recent nomenclatural changes, the genus Lathyrus has remained stable. The genus is also relatively easy to distinguish from other members of the family: all wild peas have a sprawling or climbing habit, stems that are angled, flanged or winged and with the main axis of the leaves extending as a tendril or bristle. With 22 native and seven naturalized non-native taxa, the wild peas can be distinguished from the other genus that shares these traits, the vetches (Vicia), by having a flattened style tip that is hairy only on the top side (like a toothbrush) while style tips of the vetches are rounded and hairy all around (like a Q-tip).

In San Francisco, beach pea was collected historically from near Lake Merced (1887), near the Cliff House (1902), and other non-specific San Francisco locations (1889, 1907, 1926). It was described as occurring in the vicinity of San Francisco by Behr (1888) and as occurring at Lake Merced by Brandegee (1891). More recent collections of beach pea were made from the Great Highway at the southern end of Ocean Beach (1985). The National Park Service attempted to reintroduce beach pea at Baker Beach and Crissy Field; unfortunately, as reported by Michael ChassÃ© of the National Park Service, it seems that beach pea is no longer present at the Presidio. Small numbers are believed to still occur at Ocean Beach among the dunes planted with the non-native European dunegrass (Ammophila arenaria). Perhaps the “best” remaining stand of this plant thought left in the City is on highly shifting sand at the north end of Fort Funston. Its hold is tenuous at best.

Many thanks to all of the folks who provided information regarding the current status of beach pea.

Brandegee, T.S. 1891. Catalogue of the Flowering Plants and Ferns Growing Spontaneously in the City of San Francisco. Zoe II 91:334-386.