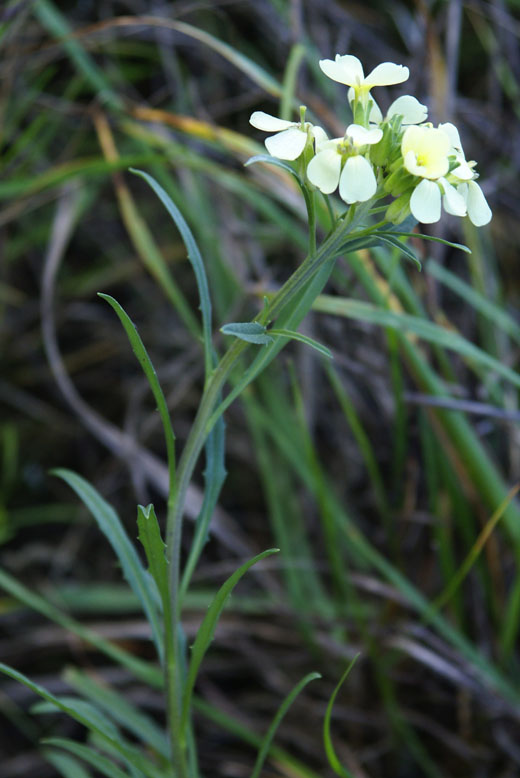 In my previous column, I presented a project on which I’ve been working for several years; a compilation of plant species lists prepared over the years for the various sites in San Francisco County that still support remnants of our natural plant assemblages. It is with great pleasure (and a great deal of relief) that I announce the completion of this project. It is my hope that the checklist will be a useful reference document for plant-fanciers, both trained and untrained, to become more familiar with the vegetation at our natural areas as well as to conduct target searches for species that are rare and unusual here.

The checklist includes 1047 extant taxa and 90 extirpated taxa belonging to 488 genera and 121 families. It lists the species that have been seen since the early 1990s from 67 natural areas on lands owned by the City and County of San Francisco, The National Park Service (The Presidio, Golden Gate National Recreation Area), the San Francisco Real Estate Development Department, the San Francisco Unified School District, the San Francisco Public Utilities Commission, and the University of California San Francisco, as well as numerous privately owned parcels.

Thanks to some great feedback over the last few months, I’ve made some substantial changes to the checklist, both in form and content. I’ve added to the checklist indigenous species that have been extirpated in our county, as well as all species that appear in the California Native Plant Society’s Online Inventory of Rare and Endangered Plants. Since the checklist is compiled from a spreadsheet that includes site-specific records, I’m able to tally the number of sites in the county from which each species has been reported; that number is noted for each species.

Plants are organized by major groups (ferns and fern allies, gymnosperms, and the flowering plants), then by family and genus and species, arranged alphabetically. Table headings include common names, former names and family assignments (synonymy), notes, rarity status, invasive status, life form (e.g. perennial aquatic herb), duration (e.g., annual), the number of San Francisco occurrences, flowering period and whether or not each species is presumed indigenous to the county and to California. And for those indigenous and rare species that are only known from three or fewer locations, I’ve listed the sites in the “notes” column. I’ve also included notes on the current status of the species here (e.g., extirpated, reintroduced), historical records, and if vouchers are not currently listed in the California Consortium of Herbaria.

One of the nice things about arranging all this data into a database is that it allows me to sort it by various parameters and to tally the number of taxa that fit a set of conditions. Some of these totals are presented at the end of the checklist:

In terms of the rarity of some of our remaining native species, it’s interesting to look at the frequency with which the members of our flora occur. Of the 543 taxa presumed to be indigenous to the County, 86 (15.8%) are reported from a single location; 178 taxa (32.8%) are reported from three or fewer sites. Of the 48 rare species listed in the CNPS Inventory, 24 (50%) have been extirpated; two of these have since been reintroduced.

I hope the checklist is useful to land managers, weed-workers, habitat restorationists, trail walkers and anyone who appreciates a natural or semi-natural landscape and can fantasize about how the San Francisco Peninsula appeared before colonization by Europeans. I look forward to many new discoveries and increasing our knowledge of what grows here. I will be continuously updating the checklist so please do send me your observations and discoveries.

To download a copy of the checklist, visit http://www.wood-biological.com/san-francisco-plant-checklist/. I will also be posting site-specific checklists, most of which are just a few pages long, making them easy to print out and take along with you on your next urban wilderness adventure.