Imagine two public staircases leading up and down an oxalis-infested San Francisco hillside. Now imagine that a group of neighbors determined to turn that hillside into a botanical tapestry. That’s what we at 22nd Street Jungle Stairs have been up to these past 8 years. It’s been a daunting endeavor, one that has challenged our psychological and physical staying power, and it’s far from finished. But as a reward we now have two increasingly beautiful areas that are attracting oohs and aahs not just from the people who walk by but also from bees, butterflies and a myriad of birds.

Our plantings are largely native, with a few Mediterranean “cousins” mixed in. On the shady western side, we have red-flowering currant, California bush anemone, evergreen currant, coffeeberry, hummingbird sage, coastal wood fern and snowberry. On the sunny eastern side, we have a multitude of California lilacs, both blue-flowering and white-flowering. We have monkey flowers, buckwheats, manzanitas plus a spectacular flannel bush. Also in the mix are perennials like scorpion weed, yarrow, blue-eyed grass and Douglas Iris. Among the plants we—along with the birds and bees— like best are the ground-cover California lilacs, which help us in our battle against weeds. We are also partial to the California poppies, which have sown themselves far and wide.

Biggest Challenges: The size of the site; the steepness of the terrain; the persistence of weeds.

Advice: If it’s a big space, count on a multi-year effort and work in manageable increments.

To combat weeds, sheet mulch has much to commend it.

If the site is steep, the layers can be held in place with strips of burlap pinned down with landscape staples. 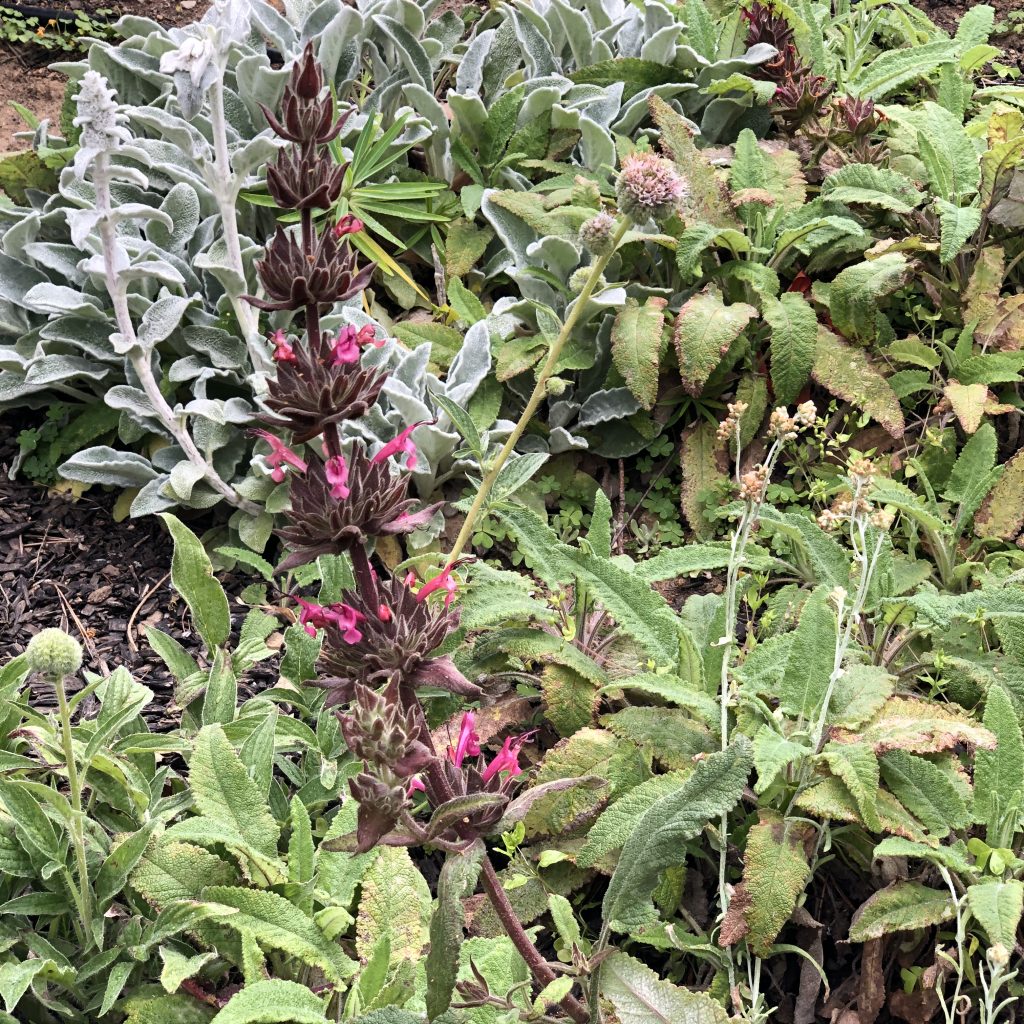 Hummingbird sage with California cudweed (a weedy native beloved by butterflies and moths) and Lamb’s ears, a stalwart Mediterranean 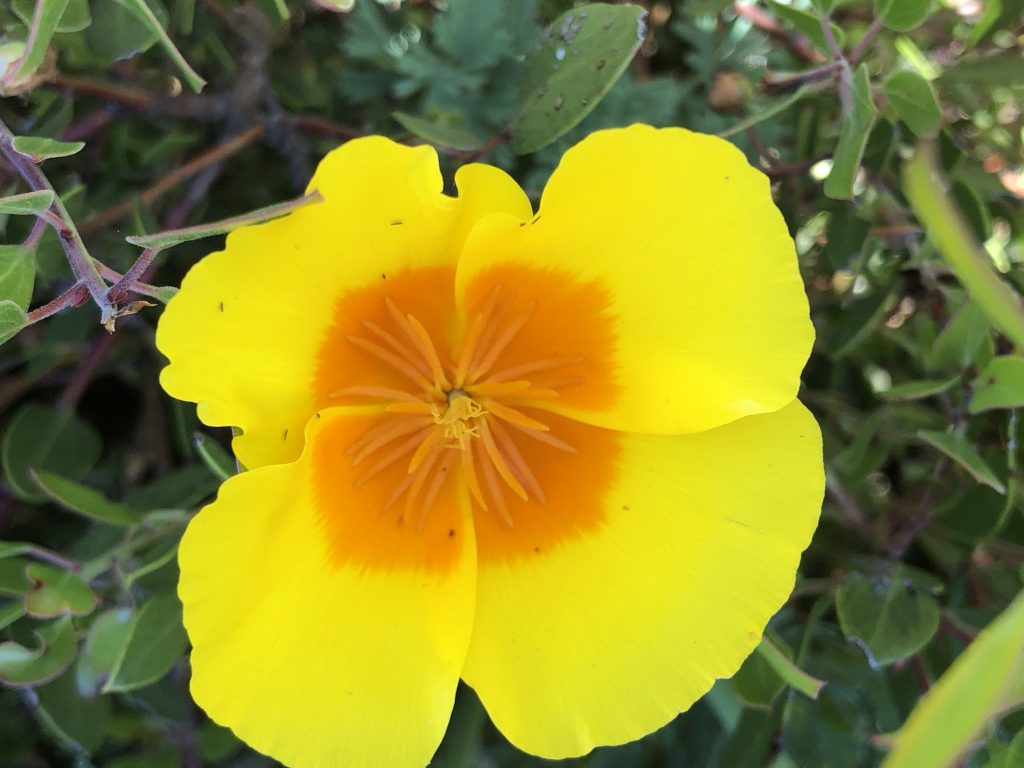 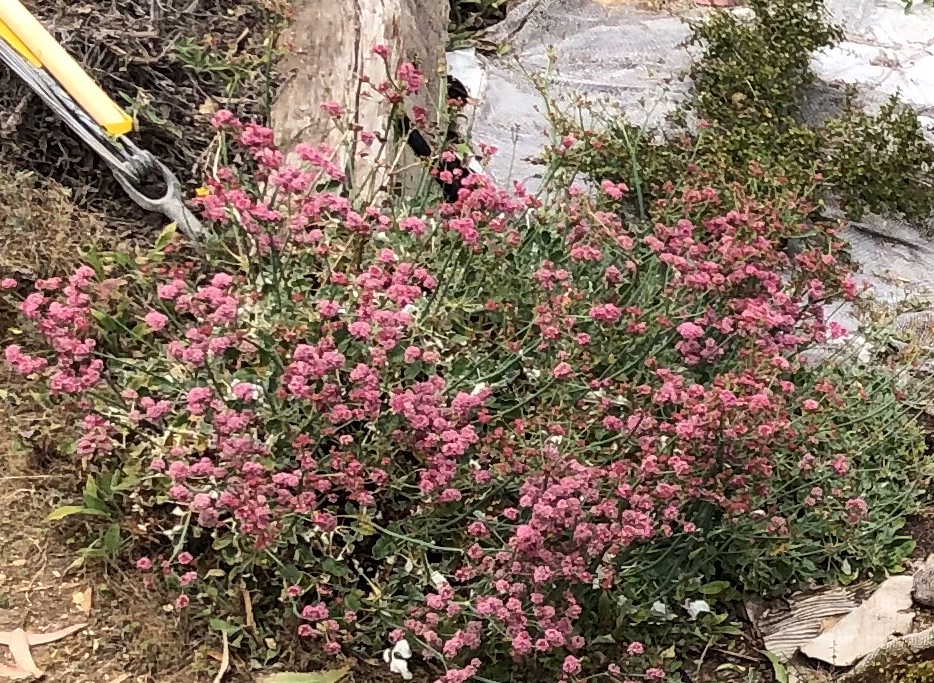 Rosy buckwheat near a landscaping timber 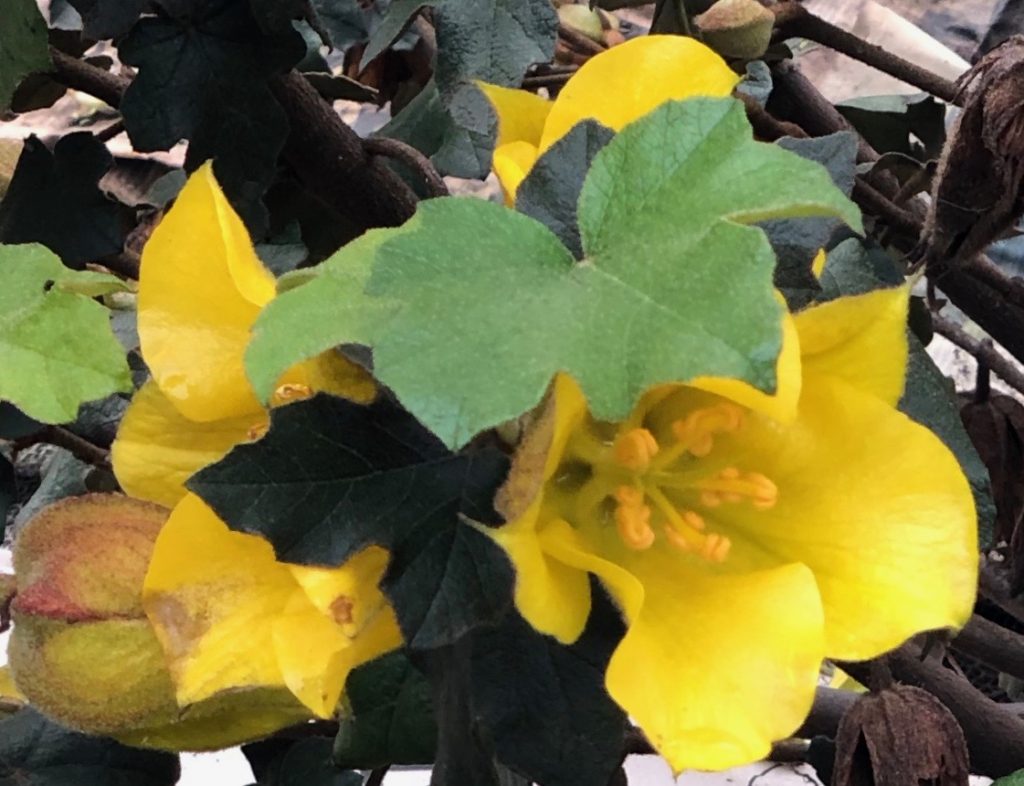 Pink and white California yarrow. The white form is now dominant over the pink 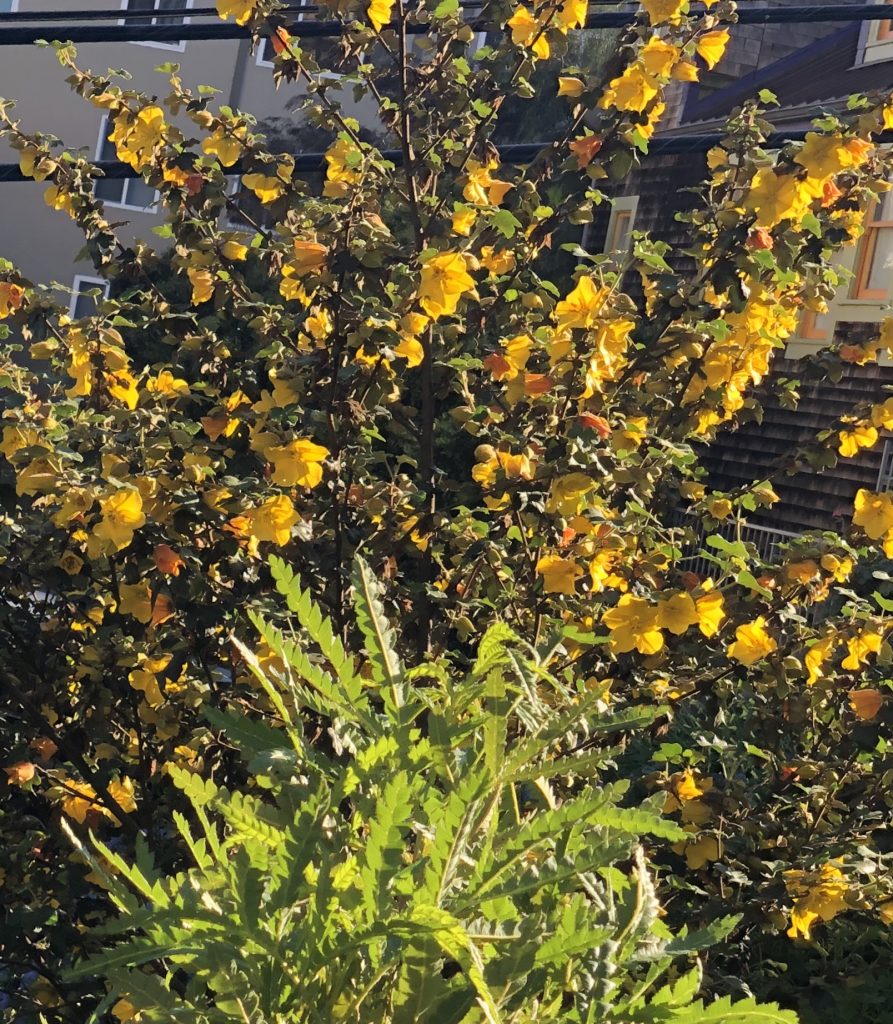 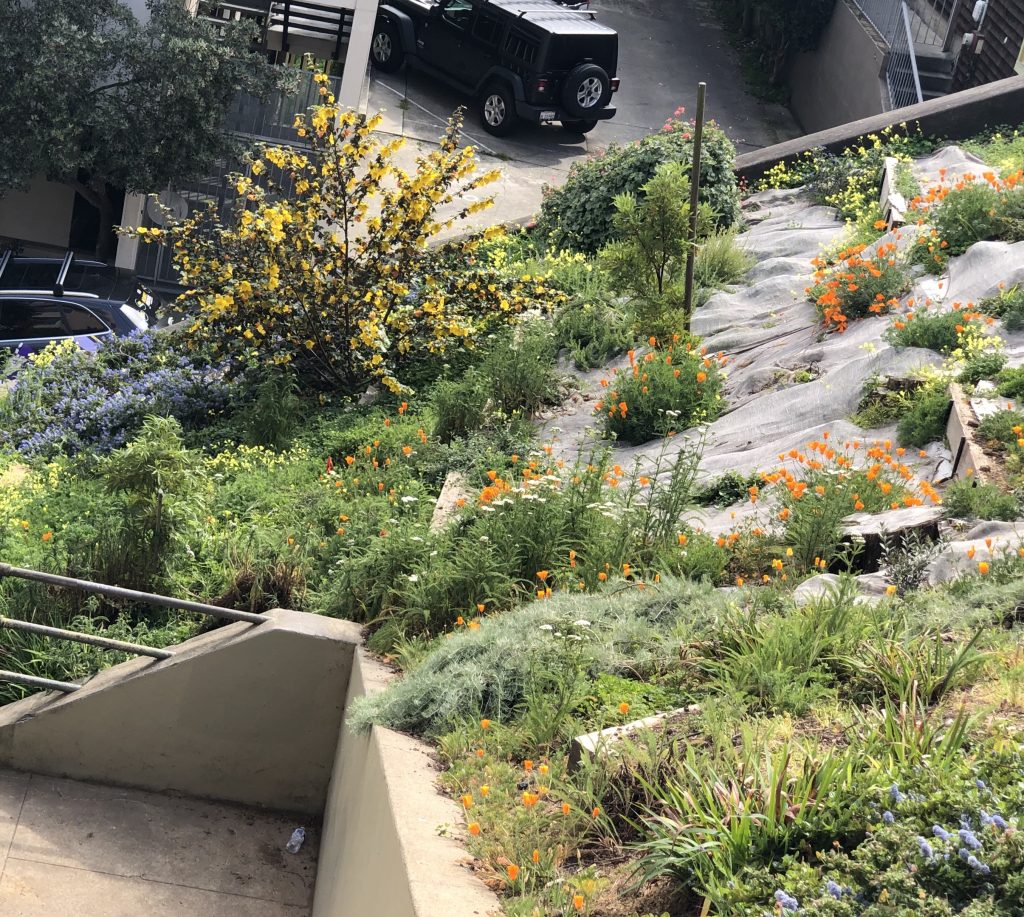 Cross-slope view of flannel bush with its sunshine-yellow flowers. Also visible is a plethora of California poppies. A sharp eye might also pick up a relic of a much earlier planting—a hardy geranium that has persisted here for who knows how many years 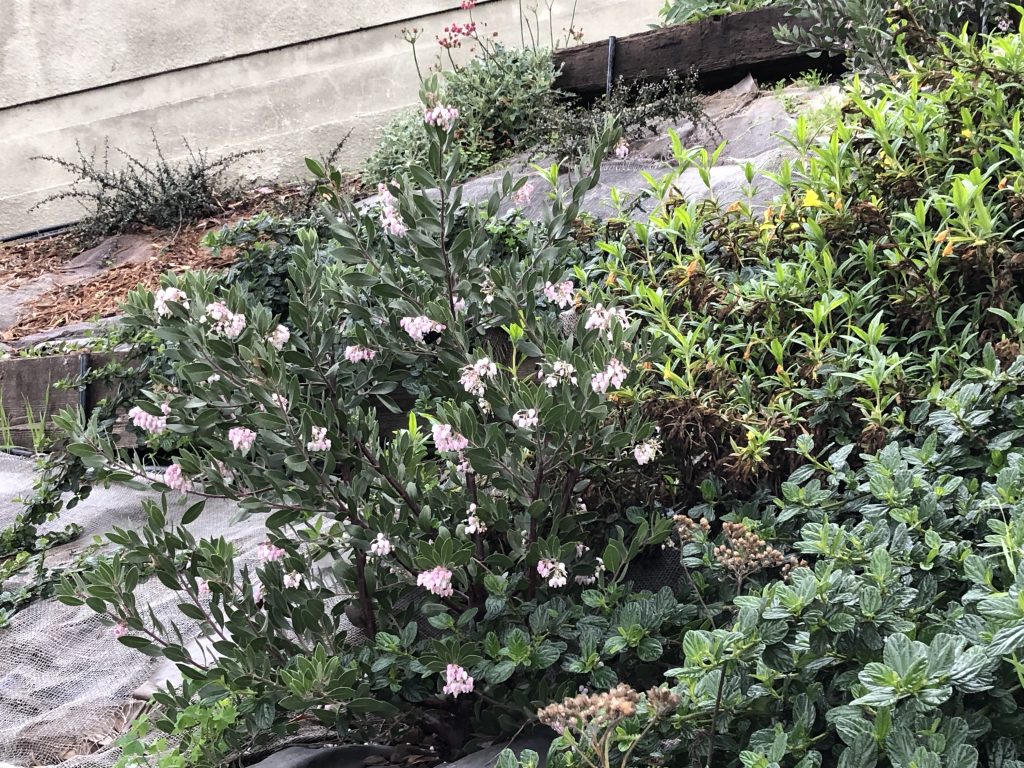 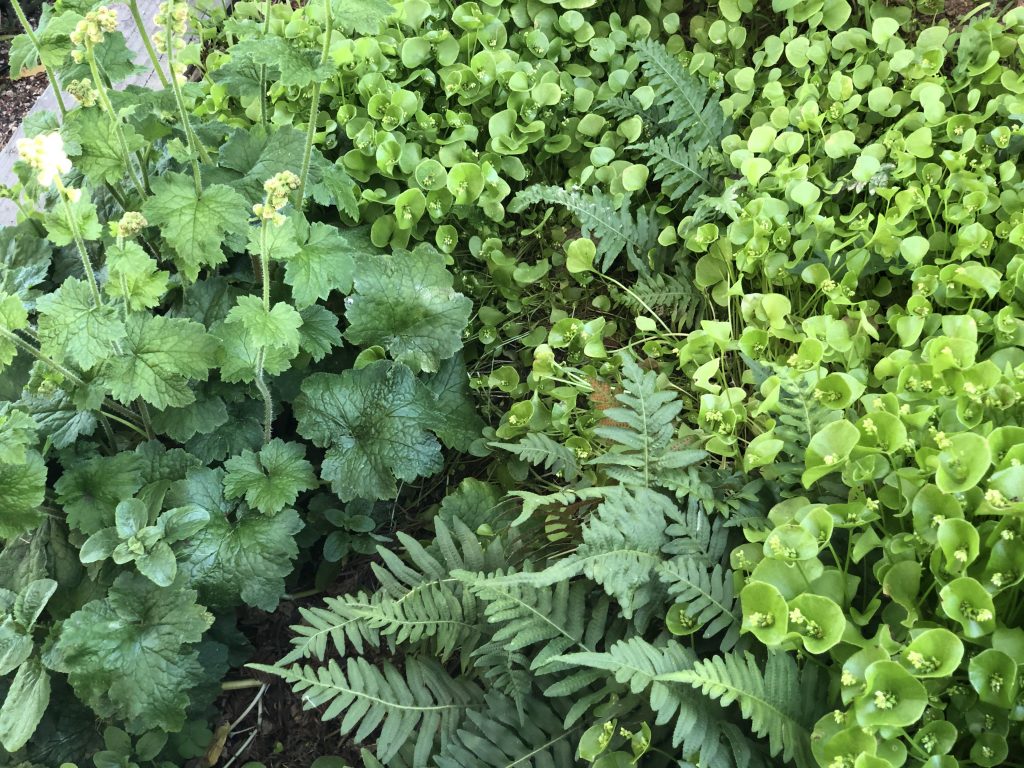 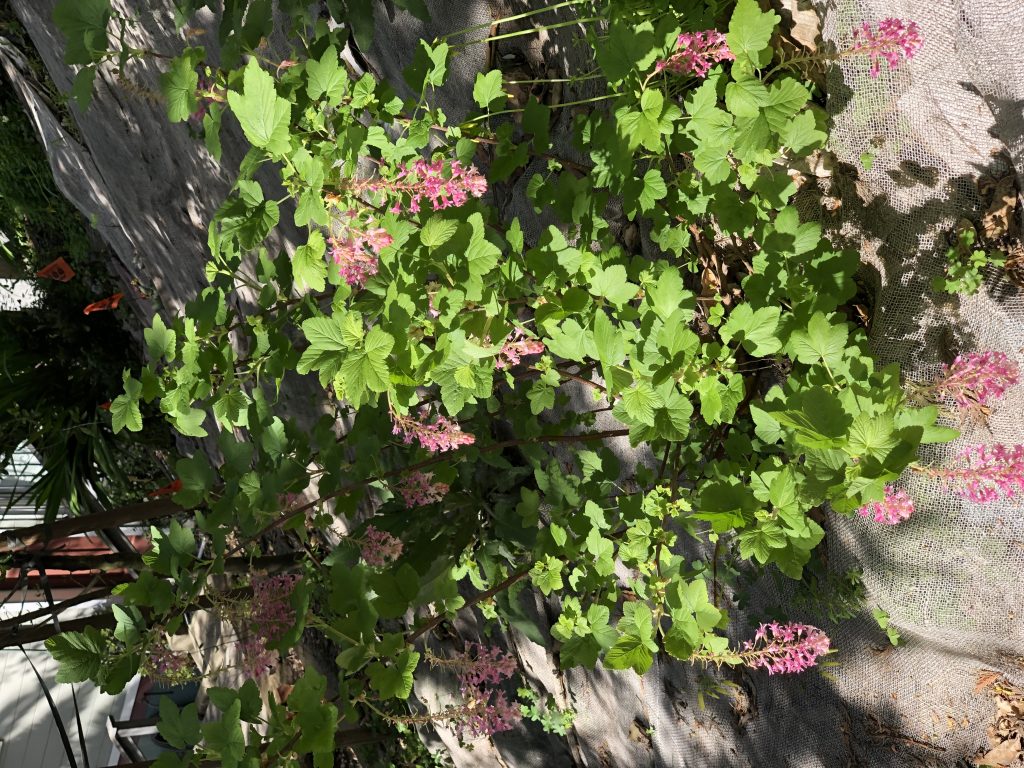 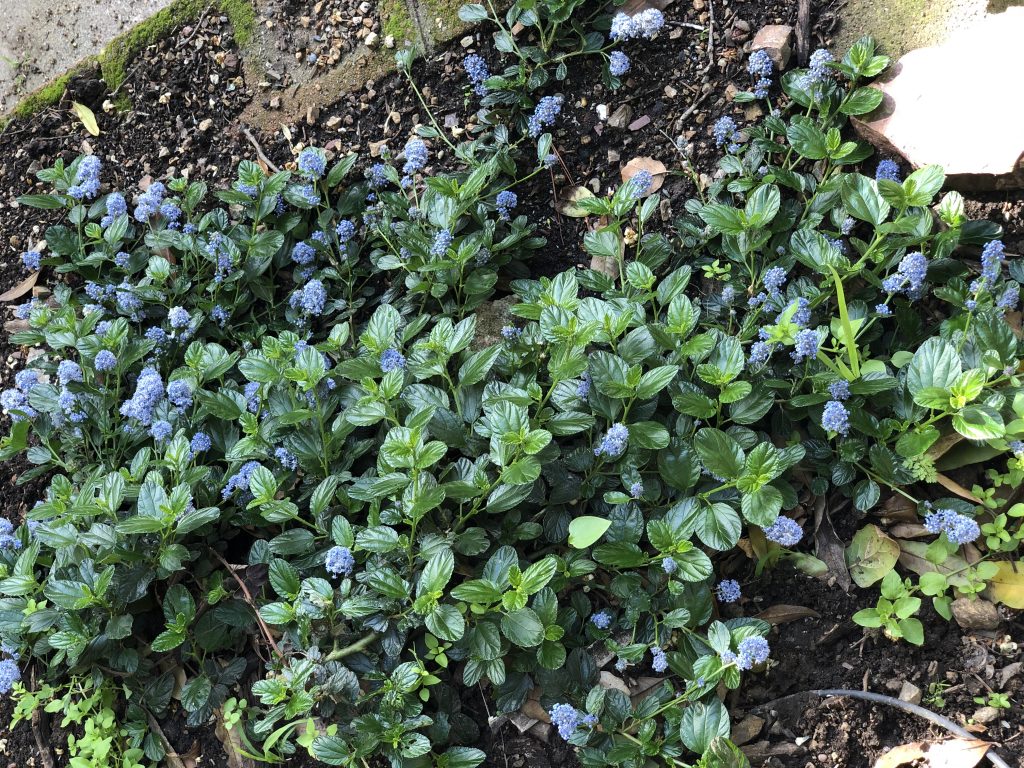 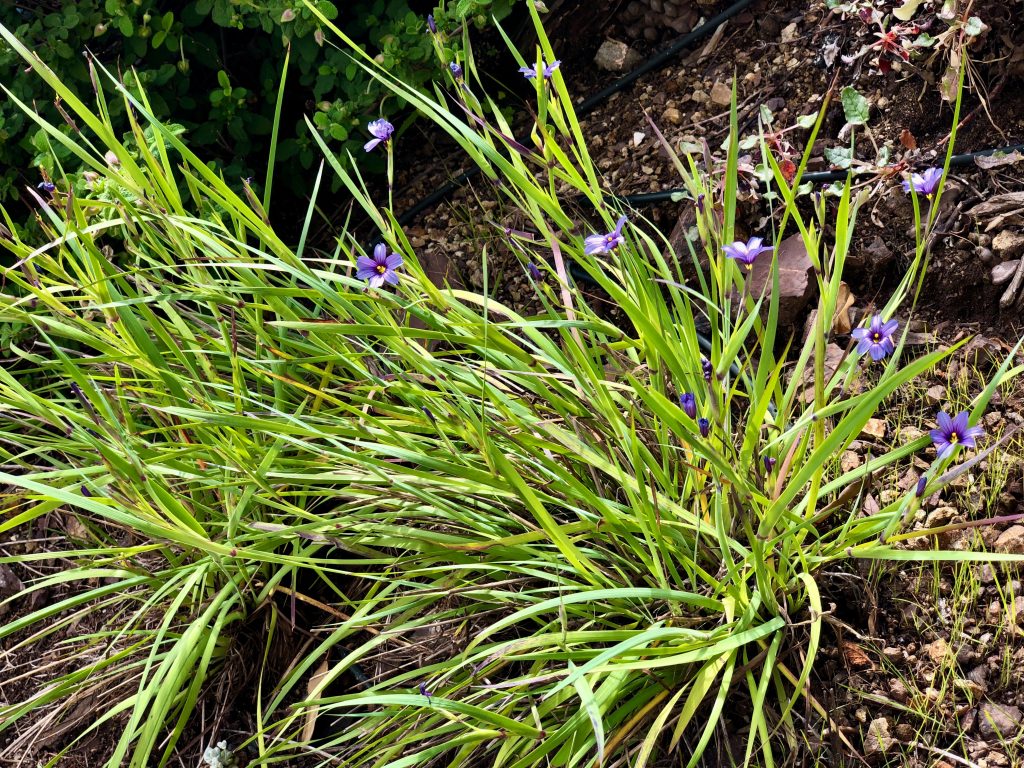 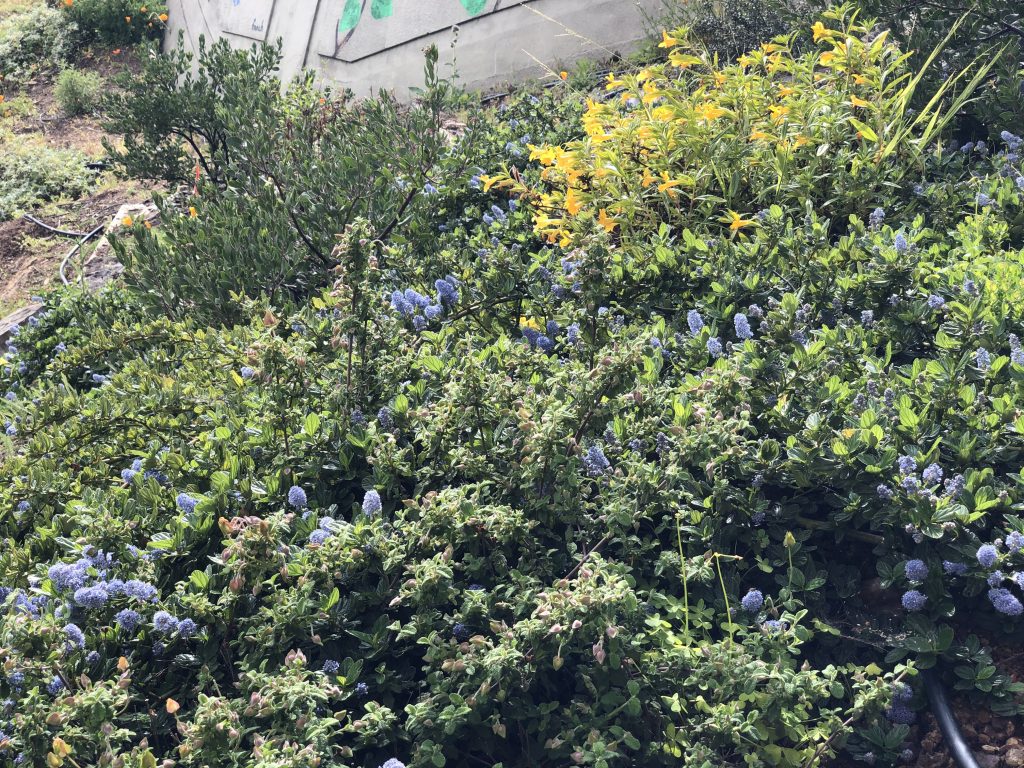